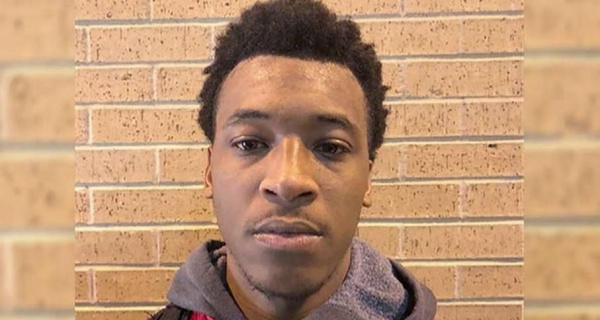 A 25-year-old man who officials say posed as a 17-year-old so he could once again take to the basketball court as a high school athlete attended Dallas high schools for nearly nine months before his arrest last week.

Sidney Bouvier Gilstrap-Portley began the school year at Skyline High School, where he enrolled claiming to be a Hurricane Harvey refugee. Months later, he moved to Hillcrest High School and joined the basketball team, Dallas ISD officials said. As a student there, Gilstrap-Portley dated a 14-year-old classmate, the girl’s mother said.

Gilstrap-Portley, who was arrested Friday night, faces a charge of tampering with government records. He was booked into the Dallas County Jail last week and has since bonded out, according to court records.

He has no previous criminal history.

Gilstrap-Portley enrolled at Skyline as Rashun Richardson at a time when the district had opened its doors to hurricane evacuees, said Dallas ISD spokeswoman Robyn Harris.

"He took that as an opportunity to gain access to our schools," she said. "He was fairly savvy to be able to utilize that type of position, knowing that we were accepting Harvey students."

In October, Gilstrap-Portley enrolled at Hillcrest High as a freshman, Harris said. She said that Dallas ISD officials believe his primary motivation was to play basketball, though he told them he was homeless and had come to Dallas unaccompanied because of Hurricane Harvey.

Gilstrap-Portley, who appears to have had a collegiate basketball career at Dallas Christian College, was a star for Hillcrest's team for the 2017-18 season. High school coaches voted him the District 11-5A offensive player of the year. The Hillcrest Panthers finished the season with an 11-10 record.

Dallas ISD officials said Gilstrap-Portley's charade came to an end after one of his former coaches from North Mesquite High School saw him playing at a tournament in April and recognized him as one of his players who graduated from high school seven years ago.

The Mesquite coach alerted the Hillcrest basketball coach that "one of my former players who graduated a time ago is playing for you," according to Harris.

Phillip Randall, a basketball coach at North Mesquite High School, said he wasn't the coach who saw Gilstrap-Portley at the tournament, but that he did coach him until he graduated in 2011.

"He was a good kid," Randall said. "I never had any problems out of him. That’s why I was shocked when I heard that all this came out because that’s not the kid that I knew."

The mother of a Hillcrest High freshman said that her daughter started dating Gilstrap-Portley in January. The woman, who spoke on the condition of anonymity, said her 14-year-old knew the man as Rashun Richardson and thought he was 17.

"It’s unbelievable to me that he could get away with this," she said. "I don’t know what, how [the school] let this slip through the cracks."

The woman said she had never approved of her daughter's relationship and wasn't comfortable with her dating a 17-year-old freshman.

She said her daughter told her she did not have a sexual relationship with Gilstrap-Portley.

The woman said that she never met the man, but that she had spoken to him by phone to share her concerns about their maturity difference.

"He was always respectful to me. He said he understood my concerns but said that he was only 17 and that he didn't see a problem with them dating."

She said teachers and coaches at Hillcrest told her that he was a good kid, but that he seemed to have been through a lot and came off as much older than 17 years old.

The woman said she never suspected Gilstrap-Portley was leading a double life until a detective contacted her Monday. The detective told her that Gilstrap-Portley, who has a young child, claimed he was looking to start over his athletic career by playing for a high school again, the mother said.

"I’m upset, frustrated, angry and sad at the same time," she said. "If it’s happening at Hillcrest, then it could be happening somewhere else. People need to know. It could have gone differently if he had other intentions to hurt her or to traffic her."

Hillcrest principal Chris Bayer said in a letter to students and parents Tuesday that the school immediately notified the district and local authorities once it "became aware of a student enrolled at our school under false pretenses claiming to be a displaced Hurricane Harvey victim."

"We believe it is absolutely essential that every young person, especially in times of great difficulty, feels safe and secure, and that was the guiding principle when we were welcoming students displaced by the hurricane," Bayer said. "This is a unique situation that shows us areas that need improving when we open our doors to students in times of need."

Von Harris, who coached Gilstrap-Portley on the Hillcrest team, said the school had completed checks about Rashun Richardson's enrollment history and there was documentation to show he had been a student at Skyline and South Houston high schools.

Harris said the basketball coach at Skyline told him that the student he knew as Rashun Richardson had not had a physical, which prevented him from playing for their team.

"When he ended up in our doors, all the documents fell in line," Harris said.

The Hillcrest coach said he was in the athletic director's office during a phone conversation about Gilstrap-Portley with a coach at South Houston High School.

"They were the ones who told us he was a heck of an athlete, but he never played sports down there," Harris said.

He explained that Hillcrest staffers were checking that the student hadn't played varsity sports the previous school year, which could have made him ineligible to play at Hillcrest for the 2017-18 season.

Von Harris declined to answer additional questions and referred a reporter to the Dallas ISD spokeswoman.

Art Del Barrio, a spokesman for the school district, said Wednesday that there was no record of a Rashun Richardson at South Houston.

Dallas ISD Superintendent Dr. Michael Hinojosa told KXAS-TV (NBC5) that he had seen the man play a game this season.

"He didn't look any different than the other students, you know," said Hinojosa.

The school administrator apologized to parents and said the district would work to prevent a similar situation in the future.

"We need to make sure we follow better protocols to try and prevent this from happening, but unfortunately this was almost like a perfect storm," Hinojosa told NBC5. "To the parents, I apologize. You send your kid to be safe at school and to participate in extracurricular activities and this should not happen."