Woman Ordered Man To Rape Another Man Because Of Debt Owed 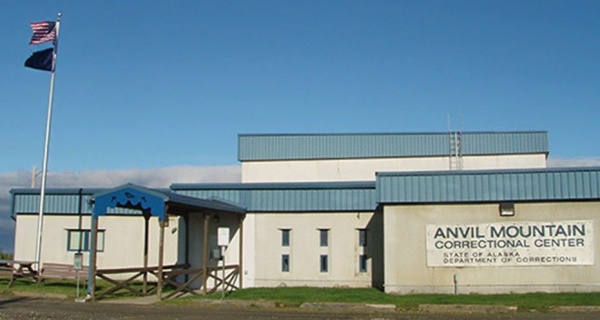 An Alaska woman has been charged with ordering a man to rape another man for failing to pay off his massive drug debt.

The alleged incident took place in the village of St Michael back in April 2017, but court records pertaining to the bizarre case were only reported on this week.

According to motions filed by the Nome District Attorney's Office, Julia Marie Haworth, 30, has been charged with solicitation of sexual assault and first-degree sexual assault.

Austin Matthias, 24, who allegedly carried out the rape on Haworth's command, has been charged with felony counts of first-degree sexual assault.

Both were indicted by a grand jury in June 2017, and their next court appearance is scheduled for May 17.

According to the documents obtained by Anchorage Daily News, the suspected 'contract' rape came to light when a witness told a state trooper that he saw Matthias assault the victim in his home after the pair got drunk together.

The witness said that Haworth, who was also there, told Matthias, 'Austin, I'm going to need you to rape' the other man, to which he allegedly replied, 'sure.'

The woman allegedly gave Matthias 'a bottle' for his troubles.

Haworth said the victim had failed to repay her $15,000 for marijuana and alcohol. In a letter to the man's girlfriend, however, Haworth claimed he possibly owed her as much as $27,000.

In the village of St Michael - population 413 - the sale and importation of alcohol is prohibited.

When interviewed by the authorities, the victim said the last thing he remembered was Matthias punching him in the face, according to a sworn affidavit.

He woke the next day suffering from severe pain and traumatic injuries, including a broken nose.

Prosecutors stated that it is possible Matthias also had an outstanding drug debt, as evidenced by the fact that his ex-wife sent Haworth a check for $1,000 at his request.

Both Haworth and Matthias are being held at Anvil Mount Correction Center in Nome.