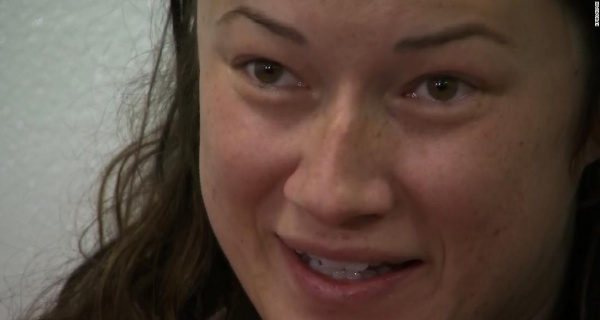 Online dating can potentially turn into a dangerous game where patrons could possibly end up becoming victims in so many ways and this 31-year-old woman, Jacqueline Ades, of Phoenix, Arizona is reminding the masses as to why everyone should be selective about the people they come in contact while on dating app and services.

This past Tuesday, Ades was arrested and booked into the Fourth Avenue Jail on charges of stalking, harassment, threatening, and failure to appear in court after being found in the Paradise Valley man's bathtub whom she had met on an online dating service and went on three dates with a year ago.

According to court documents, Ades sent the man approximately 500 texts a day, some of which included disturbing messages including the following:

"I'd wear your fascia 'n the top of your skull 'n your hands 'n feet."

Ades didn't keep her disturbing banter at just text messages either, she also showed up at the unnamed man's workplace claiming to be his wife. When asked about the intent of her 65,000 text messages by reporters, she had this to say, "When you find love, everything is not perfect. I love him."

She also added the following, "I felt like I met my soulmate and I thought we would just do what everybody else did and we would get married and everything would be fine."

Jacqueline Ades is currently being held with no bond and is set to appear in court May 15th. Do you think Ades should be granted the freedom to move amongst society without supervision? Let us know in the comments.