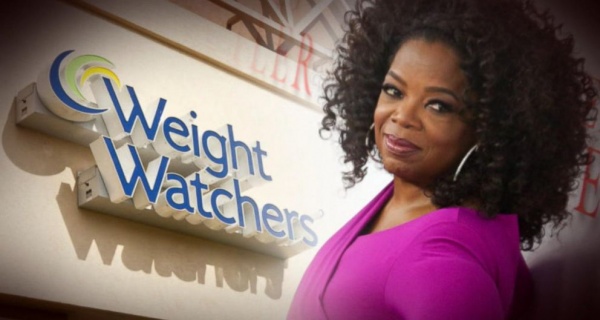 Not too shabby, huh? Winfrey's decision to invest in Weight Watchers (WTW) nearly two and a half years ago has turned out to be a great move for her — and anyone else who bought the stock when Winfrey did and has been along for the ride ever since.

Weight Watchers has pretty consistently reported earnings and sales that topped forecasts over the past few quarters, as well as big gains in subscribers. Weight Watchers did so again late Thursday, and the stock surged 5% on Friday as a result.

Winfrey, who is also on the company's board and is featured in Weight Watchers ads, clearly deserves some credit for that.

Weight Watchers has also benefited from its new Freestyle program, which expands the company's famous "zero points" offerings beyond fruits and vegetables to eggs, beans, chicken, and seafood.

CEO Mindy Grossman, who took over the top spot at Weight Watchers last year after a long stint as the head of retailer HSN, is also doing a great job convincing people that it's not just about counting calories, points, and pounds.

Grossman told analysts on a conference call in late February that "healthy is the new skinny," and she made a similar point after Thursday's earnings report.

"Our purpose is to inspire healthy habits for real life for people, families, communities, the world," Grossman said. She added that "we want to own the healthy kitchen" and "make healthy cooking accessible to everyone."

She still owns nearly 5.5 million shares. But she sold about 2 million in March at prices ranging from about $58 to $64 a share. She made $110 million in the process.

Winfrey also donated more than 360,000 shares to her charitable organization.

Investors aren't worried about the stock sales, though. Weight Watchers shares were trading around $75 Friday and are up an astonishing 70% this year. Winfrey invested in the stock when it was trading for less than $7.

If this whole media mogul/actress thing doesn't work out for Winfrey, it looks like she could be a top-notch hedge fund manager or venture capitalist.