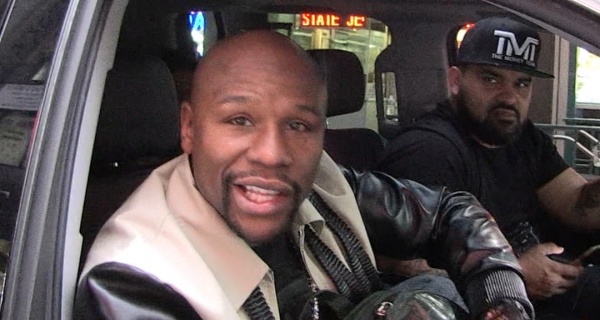 A man who claimed to be one of Floyd Mayweather's bodyguards was shot outside of an Atlanta hotel early Monday morning, according to multiple reports.

The shooting occurred as the man was in one of three vehicles arriving back at the InterContinental Buckhead Hotel around 3 a.m. Monday morning. That's when another car pulled up alongside and fired multiple shots, according to police.

The three vehicles fled the scene and were reportedly pursued by the car that fired the shots. Once the caravan had evaded the shooter, the victim was taken to Grady Memorial Hospital, where he was treated for a gunshot wound in the leg. He is said to be in stable condition, but his name has not yet been released.

"At this time, it appears that this was not a random shooting and the shooter was targeting the victim's vehicle," said Atlanta police spokesman Donald Hannah, according to the Atlanta Constitution-Journal.

TMZ Sports reports that police believe Mayweather was in one of the vehicles in the caravan targeted by the shooter, but are not yet sure if he was the specific target of the attack. Mayweather was reportedly unharmed in the incident.