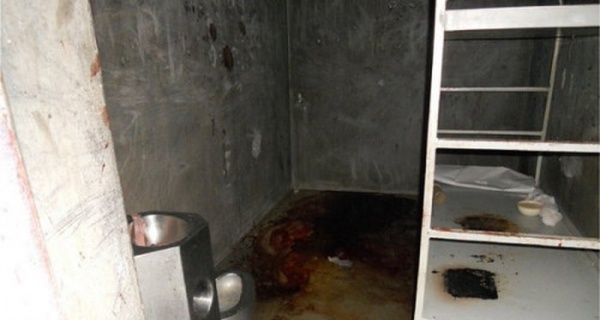 The Management & Training Corporation operates two federal prisons and 20 more state/local prisons around America; previously, it has been censured by Arizona for its role in deadly prison riots; now, the ACLU and Southern Poverty Law Center are suing the state of Mississippi over the violence, neglect, and rampant human rights abuses at Management & Training's East Mississippi Correctional Facility, near Meridian in Lauderdale County.

The trial has heard from a seemingly endless queue of shackled men, brought from the prison to testify about the conditions under Management & Training Corporation's policies: they describe a prison where the prisoners routinely break out of their cells to visit terrible violence on other prisoners, without any intervention from guards; where guards turned and ran when the shackled, helpless man they were dragging to his cell was set upon by an armed gang; where guards are paid less than $12/hour and received three weeks' training; where facilities devoted to people with mental illness have virtually no trained psychiatric staff; where prisoners whose bones have been broken during assaults are thrown in their cells for days before they receive any medical attention.

The Mississippi prison system is a model of red state austerity, where the for-profit contractors like Management & Training receive just $9500/year ($26/day) per prisoner -- compared with $73,000/year per prisoner spent in New York.

To turn a profit under those conditions, Management & Training badly understaffs its prisons, creating a workplace few will tolerate -- as a result, even the most incompetent and sadistic employees get to keep their jobs. That's why Frank Shaw was made warden of the East Mississippi Correctional Facility, even after overseeing the catastrophic riots in Management & Training's Arizona facilities.

Shaw told the court he hadn't heard of any of the abuses that the prisoners testified about. He also revealed that he is given bonuses when he contains costs, but faces no sanctions if prisoners are injured or killed on his watch. Four prisoners died in Shaw's facility in the first quarter of this year.

Meanwhile, prisoners who testify about being assaulted are being moved into cells adjacent to their attackers by Management & Training, which is seemingly intent to have them join the ranks of the dead as a message to any other prisoner who might speak out.

Donald Trump has vowed to increase the use of for-profit private prisons in the federal system.

Pelicia E. Hall, the commissioner of the state prison system, testified that she may have been unaware of many problems at the facility because she did not read weekly performance reports from the state’s own monitor.

In the courtroom, the reports were delivered in person: An inmate testified in tears that a female guard had mocked him when he tried to report being raped in a cell in January. The guard never informed her superiors about the rape.

In an unrelated assault, surveillance video showed an inmate being beaten by other prisoners for 14 minutes before guards arrived.

Neither the state nor the private prison company has contested the accuracy of the prisoners’ accounts heard in court, although lawyers for the state say the stories should be treated with skepticism.

An inmate described another attack that occurred this year. He said a prisoner armed with a knife and a 4-foot section of pipe charged at him while he was being escorted to his cell by two guards. Instead of helping him, he said, the two guards ran away.