Synthetic Marijuana Is Causing Bleeding From Eyes And Ears 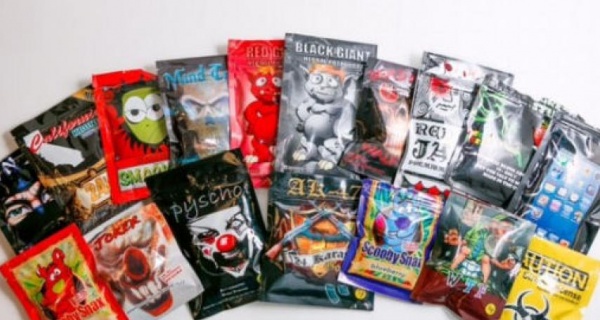 State and local health officials issued a warning Thursday about a synthetic pot in Illinois that has caused users to experience severe bleeding.

The Illinois Department of Public Health reported 22 people in the past few weeks visited emergency rooms with severe bleeding after using a synthetic cannabinoid product.

Most of those affected were in the Chicago area, but health officials warned the contaminated products could also be present elsewhere across the state, said department spokeswoman Melaney Arnold.

The health department said Thursday that symptoms have included bleeding from the eyes and ears. On Friday, officials clarified that while this can happen, those affected in Illinois have reported other symptoms, like coughing up blood, blood in urine, bloody noses, bleeding gums and, for women, heavier than usual menstrual flow.

Though synthetic pot has long been considered dangerous, severe bleeding is not a known side effect, said Dr. Melissa Millewich, an emergency room physician at Advocate Good Samaritan Hospital in Downers Grove.

“This bleeding is not expected, at least in such a significant population so quickly,” she said.

Despite a statewide ban, Arnold said manufacturers could be slightly tweaking the molecular makeup of the products as a way to “get around” the law, allowing for them to be sold legally. They are also sold on the street, she said, and those experiencing the bleeding said they obtained the products in convenience stores and from dealers and friends.

Health officials reported 22 people who experienced the symptom since March 7, and they continue to track the situation, Arnold said. So far, there are no deaths reported.

A change in the latest formula could be behind the new, dangerous symptom, Millewich said. Because health officials don’t know the exact makeup of the products, it’s unclear what’s causing the bleeding, she added.

While there have been no such cases at Good Samaritan’s ER, Millewich said, synthetic pot, often called “fake weed,” “K2” or “spice,” has previously displayed life-threatening symptoms like kidney failure, along with psychosis.

“People don’t realize how dangerous this is,” she said.

The man-made substance is a mixture of hundreds of chemicals, often called cannabinoids because they affect the same brain cell receptors as the main ingredient in marijuana. Cannabinoids are sometimes sprayed on plant material for smoking, or are sold as liquids to be vaporized and inhaled in e-cigarettes and other devices, the health department’s warning said. The products are also sometimes referred to as herbal or liquid incense.

Recent patient reports of severe bleeding led health officials to warn the public not to use any synthetic cannabinoid products.

While those affected by the outbreak admitted using cannabinoids, it’s been difficult to determine their exact source for the substance, Arnold said.

Dr. Nirav Shah, director of the public health department, says there’s an erroneous perception that synthetic cannabinoids are a safe and legal alternative to marijuana.

Shah says they're unsafe because it's difficult to know what chemicals they contain or what an individual's reaction will be.

A Centers for Disease Control and Prevention study found there’s also an association between teens who use synthetic pot and a heightened risk for violent behavior, risky sex and abuse of other drugs.