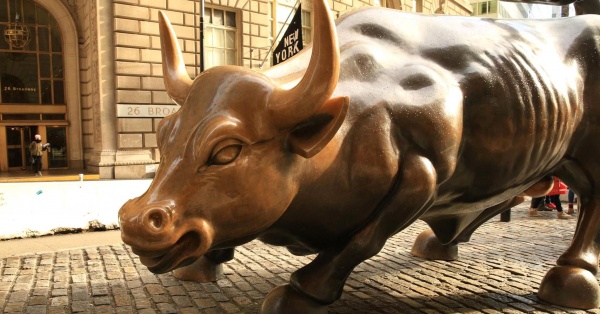 On Wednesday, the Federal Reserve raised interest rates by a quarter of a point. That's the sixth rate hike since it began raising rates from when they were at near-zero in December 2015, and there are three more increases predicted for 2018.

Why does this matter outside of the finance world? Because simply put, when interest rates rise, the price of money rises too, Greg McBride, chief financial analyst at Bankrate.com, tells CNBC Make It: "That ripples out to every business, every consumer, every municipality, even other governments all over the world."

For the average consumer, it means that lots of things can become more expensive. And especially for those saddled with variable-rate debt, like credit-card debt, it can seem alarming. But don't panic.

"At this point, a rate hike is a vote of confidence in the economy and reflection of the fact that the economy is doing better," McBride explains.

Plus, there's plenty you can do to protect your own finances. Right now, "worry is not the right word," McBride says. Instead: "Take action."

Here are four ways you can insulate yourself from rising interest rates.

Switch to a fixed-rate mortgage

Say you lock in a 30-year fixed rate mortgage today at the average rate of 4.58 percent. If rates rise again later this year, your rate won't jump up to 4.75 or 5 percent.

That's because damage to your wallet from rate hikes happens cumulatively, McBride points out. Although your bills might not change too much after Wednesday's bump, things can start to add up after a few more.

Anyone with debt will see an increase on their monthly bill within the next cycle or two. The best way to combat this, as well as the effect of future rate hikes, is to pay off as much outstanding debt as possible now.

Try reading up on the most effective strategies for paying off debt. Here are some tips and tricks to get you started.

You can also take inspiration from this man who paid off $116,000 to become debt-free by 30 and this couple who eliminated $127,000 worth of debt in four years.

Although most savings won't increase dramatically, some online banks are beginning to offer rates as high as 1.75 percent. To find the most competitive offers, check out Bankrate's comparison tool.

However, if you choose to take advantage of these higher rates, be mindful of how long you're signing on for. "Don't lock your money up for too long or you won't benefit from further interest rate increases," McBride says. "Keep your money in short-term or very liquid accounts like savings accounts or short-term CDs."

As interest rates rise, it's normal to see volatility in the stock market. However, "don't get too wrapped up in that — focus on the long term," McBride says.

Avoid buying impulsively or selling out of fear. During times of volatility, seasoned investors Warren Buffett and Ray Dalio agree that it's best to stay calm and stick to the basics.

"Don't watch the market closely," Buffett told CNBC in 2016 amid wild market fluctuations. "If they're trying to buy and sell stocks, and worry when they go down a little bit … and think they should maybe sell them when they go up, they're not going to have very good results."

McBride offers similar advice. "The bottom line is, interest rates are going up because the economy is better," he says. "It's that better economy that's ultimately good for corporate profits and stock prices. It just might be a bumpy ride in the meantime."