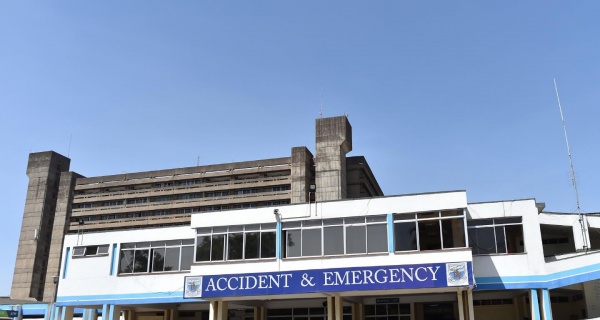 Four Kenyan medical staff have been suspended from their Nairobi hospital after they inadvertently cut open the skull of the wrong patient for a brain surgery, following an ID mix-up.

Two patients were brought in for treatment to Kenyatta National Hospital, the Kenyan capital: One for a clot on the brain that needed surgery and the other with swelling that required noninvasive treatment. Somewhere along the way, however, their identification tags were switched.

According to the BBC, the doctors did not realize their error until hours into the surgery, when they discovered there was no clot.

Despite the unnecessary surgery, the head of the medical facility has said the patient is “in recovery and progressing well,” while an investigation is underway.

Kenya’s regulatory medical board has said the mistake is the first of its kind in the African nation. It has requested a full report from Kenyatta National Hospital and plans to launch a hearing into the events surrounding the incident.

The shocking mix-up comes as the Nairobi hospital is already mired in scandal. Six weeks ago, Kenya’s health minister opened an investigation into claims of sexual assault on new mothers at the facility.

On social media, Kenyans have been deeply critical. “How do you conduct brain surgery on the wrong patient? Kenyatta National Hospital has outdone themselves. Horrifying [sic]!!!!” one user wrote.

“If you have a potbelly, avoid Kenyatta National Hospital.... You may end up at the maternity ward,” another commented.

The hospital’s chief executive, Lily Koros, said the hospital “deeply regrets this event and has done all it can to ensure the safety and well-being of the patient in question.”

Management at the hospital have cited insufficient funding and inadequate health provision across the country for its current woes. Some are now calling for the entire board’s resignation following the controversies.