Lassa Fever Is A Fatal Disease With No Vaccine 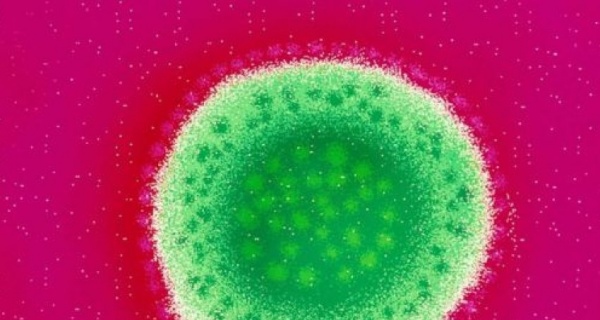 Since the beginning of the year, Nigeria has been gripped by an outbreak of a deadly disease. Lassa fever is one of a number of illnesses which can cause dangerous epidemics, but for which no vaccine currently exists.

Lassa fever is not a new disease, but the current outbreak is unprecedented, spreading faster and further than ever before.

Health workers are overstretched, and a number have themselves become infected and died.

The potentially fatal disease is a so-called "viral haemorrhagic fever", which can affect many organs, and damage the body's blood vessels.

But it is difficult to treat.

Most people who catch Lassa will have only mild symptoms such as fever, headache, and general weakness. They may have none at all.

However, in severe cases, it can mimic another deadly haemorrhagic fever, Ebola, causing bleeding through the nose, mouth and other parts of the body.

Lassa fever normally has a fatality rate of about one percent. But in the Nigerian outbreak, it is thought to be more than 20% among confirmed and probable cases, according to the country's Centre for Disease Control.

About 90 people are thought to have died so far, but the true number may be much higher, because Lassa is so hard to diagnose.

Women who contract the disease late in pregnancy face an 80% chance of losing their child, or dying themselves.

In the early stages, it's almost impossible to distinguish from other common diseases like malaria and dengue.

With no readily available test, the only way to confirm a diagnosis is to analyse a blood or tissue sample in one of small number of specialised laboratories.

The disease was first identified in the Nigerian town of Lassa in 1969, after an outbreak in a mission hospital.

It has since been seen in many West African countries including Ghana, Mali and Sierra Leone.

However, this outbreak is causing particular concern because the number of cases is unusually high for the time of year.

Health officials are working to understand why.

Outbreaks can be influenced by seasonal weather conditions, which affect the numbers of the virus's natural host - the multimammate rat.

These small mammals are common across West Africa, where they easily find their way into homes.

Another possibility is that the high number of cases reflects heightened public awareness.

Or it's possible that something about the virus has changed.

Most people catch Lassa fever from anything contaminated with rat urine, faeces, blood or saliva - through eating, drinking or simply handling contaminated objects in the home.

It can also pass from person to person through bodily fluids, meaning healthcare workers and people taking care of sick relatives without protective equipment are particularly at risk.

The incubation period for Lassa is up to three weeks. Researchers are trying to work out whether - like Ebola - Lassa can stay in the body and be passed on through sexual contact even after illness subsides.

Nigeria has a strong public health system, and is used to dealing with epidemics like this.

The World Health Organization (WHO) is working with Nigerian authorities to help coordinate the response and the UK government has deployed a team of experts from its Public Health Rapid Support Team.

Those living in affected areas are being advised to take basic precautions: blocking holes that may allow rats to enter their homes, disposing of rubbish in covered dustbins, and storing food and water in sealed containers.

People are advised to wear protective gloves when caring for anyone who may have Lassa fever, and to carry out safe burial practices.

Despite these measures, the fight against Lassa - and other infectious diseases - is hampered by a lack of effective medical tools like diagnostic tests, treatments and vaccines.

It is likely that a vaccine could be found for Lassa - reducing the possibility of an outbreak becoming a global health emergency - but as with other epidemic diseases that mainly affect poorer countries, progress has stalled.

Vaccine development is a long, complex and costly process. This is especially true for emerging epidemic diseases, where a prototype vaccine can usually only be tested where there is an outbreak.

A new organisation called CEPI (Coalition for Epidemic Preparedness Innovations) - set up in 2017 with financial support from the Wellcome Trust, national governments and the Bill & Melinda Gates Foundation - hopes to accelerate vaccine production.

Lassa is one of the diseases on its hit list and it's hoped one or more promising vaccines will be ready for large-scale testing in the next five years.

The WHO has drawn up a list of other serious, but often poorly understood diseases, with the potential for devastating outbreaks, including MERS, Nipah, Rift Valley Fever and, of course, Ebola.

It plans to highlight gaps in our knowledge of these diseases and to begin further research.

Stronger health systems are needed in the countries where epidemics are most likely to arise.

This could mean building better healthcare facilities and training staff to recognise and respond to outbreaks.

It will also mean working with communities to understand how to identify outbreaks at an early stage and prevent their spread.

This analysis piece was commissioned by the BBC from an expert working for an outside organisation.

Dr Charlie Weller is head of vaccines at the Wellcome Trust, which describes itself as a global charitable foundation working to improve health for everyone. Follow her at @DrCharlieWeller.