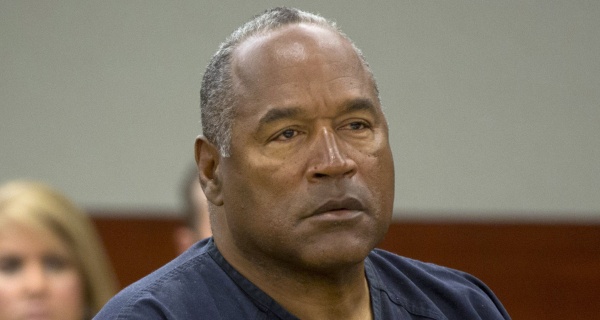 An interview OJ Simpson gave in 2006 about "a shocking hypothetical account" of the murders of his ex-wife Nicole Brown Simpson and Ron Goldman is set to air on Fox next week, more than 11 years after it was originally meant to air, IndieWire reports.

The interviewer, editor Judith Regan, was fired by the book publisher HarperCollins after the company discovered that Regan reportedly paid Simpson $3.5 million for the interview, which was the basis for the scheduled book, "If I Did It."

Fox canceled the special that was set to air after public outcry over Simpson's reported payment, and the family of Ron Goldman went on to publish Simpson's account in the book, "I Did It: Confessions of the Killer."

The special will be hosted by Soledad O'Brien, and Fox said it will "air with limited interruptions and will feature public service announcements on domestic violence awareness throughout the program."

Sources told Indiewire that Fox received permission from the Goldman and Simpson families to air the interview and that the network decided to air the special when tapes of the interview were "recently rediscovered sitting in a box on the Fox lot."

Watch a promotional clip for the special: