Teacher Arrested After Being Caught With Student In Hotel Room 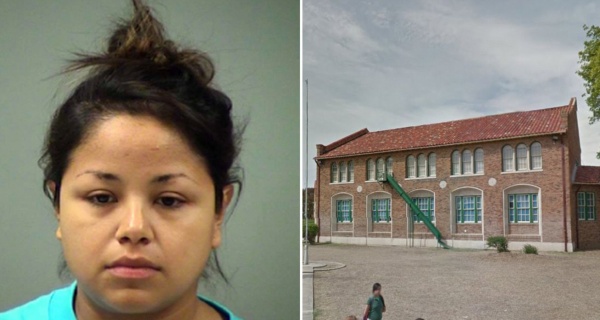 A middle school teacher and coach has admitted to having sex with a 15-year-old girl, police have said.

Crystal Nicole Rodriguez was arrested when she was found with the student at a hotel room in San Antonio, Texas, reported KSAT.

According to a preliminary police report, Rodriguez admitted to having a sexual relationship with the teenager after they were discovered in the hotel.

The precise location of the hotel has not been released.

Rodriguez was in her second year at Page, which was her first teaching job, according to school district spokeswoman Leslie Price.

She also coached the girls' basketball, soccer, volleyball and track teams at the school, Price told the outlet.

The teen who Rodriguez is involved with hasn't been named due to her age, but Price confirmed that she was a former Page Middle School student.

It's not clear when the alleged illegal relationship began.

The school district began notifying parents on Tuesday about Rodriguez's arrest because Monday was a public holiday.

Rodriguez was charged with improper relationship between an educator and a student and is being held on a bond of $20,000.

She was released from custody Sunday after posting bond and met with the school department's human resources department on Tuesday.

Price said in a written statement school district officials would be notifying the Board of Education about the arrest.

'We are working to gather information to ensure we have full knowledge of what has occurred,' the statement said.