A Woman's Rise From Drug Addiction And Prostitution To Police Chaplain 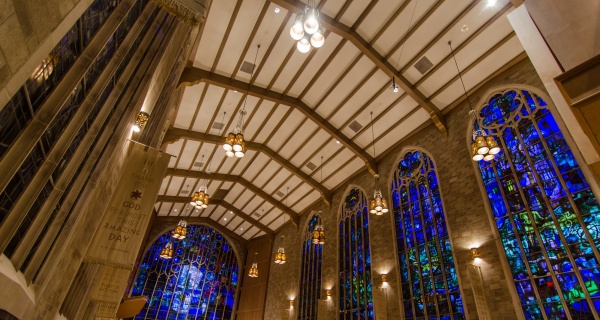 Miranda, who was once addicted to drugs and worked as a stripper and prostitute, managed to turn her life around and eventually found her way to the pulpit. She is currently the associate pastor at Century Assembly.

It’s a stark contrast from her past life.

“(Prostitution) was definitely not in my diary as a little girl,” Miranda said.

In fact, from a very young age, 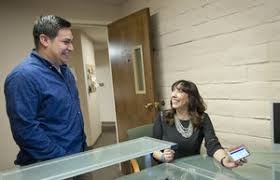 Miranda felt she had a calling to be a pastor. However, her dream was shattered when someone told her that women didn’t belong behind the pulpit.

A few years after graduating from high school in 1987, a disheartened Miranda set out to find her purpose, moving to Colorado, then to New York, Florida and Canada. In each location, she met new people, becoming a sort of chameleon in order to adapt and fit in. While living in Colorado, she said, she began using cocaine with coworkers. In Florida, she started using acid and crank. Once she moved to New York she turned to alcohol to numb her from the guilt she felt for living such a lifestyle.

Drinking hindered her from being able to secure a day job, so Miranda began to search for night work. With a background in music and dance, she answered an ad in a paper to dance at bachelor parties.

“I would do a line of coke and drink a little bit and felt like a star,” she said. “I felt desired and wanted and beautiful and thought maybe this is the path I’m supposed to be on.”

It turned out to be a path to prostitution.

Miranda followed the allure of exotic dancing to a strip club in Canada, where she was connected with a woman who introduced her to the life of a prostitute.

“She took me under her wing and showed me the ropes, and I began to work for her and give her commission,” she said.

For three years, Miranda continued to work as an exotic dancer and prostitute, and she continued to use drugs to help herself cope.

“When you’re in that lifestyle — in that darkness — you do anything you can to feel valuable, to feel whole. You feel like you’re trapped and you’re never going to get out, so all you can do is make the best of it,” Miranda said. “In my mind, I felt like the more money I was paid, the more worth and value that I had. It’s all generic. None of it’s real — it’s just a feeling. These girls in this lifestyle think ‘if I have the money and I have the nice clothes, then I’ve made it,’ but when you’re alone with yourself at night, the shame and the guilt tends to haunt you. That’s why the drugs and the alcohol numb those thoughts.”

When Miranda began living with and dating a deejay at the club, she spent less time as a prostitute. She eventually ended up pregnant.

“I knew that a strip club was nowhere to raise a baby,” Miranda said. “I knew that I was already broken, and I didn’t want to mess up somebody else’s life. The only thing I thought I could do was give this baby a chance. It was kind of like the little girl that was lost in me could be found in her.”

Miranda moved to Lodi with her grandmother to raise her child. She survived on welfare and food stamps while she focused on going to school to be a dental assistant.

“I thought I could just hide the pieces of my past and pretend like it didn’t happen and just let my daughter have a full and beautiful life,” Miranda said.

Miranda’s grandmother was a parishioner at Century Assembly and she, along with other women at the church, would pray for Miranda during her dark days.

Back in California, Miranda decided to attend church.

“One day I thought ‘I’ll go to church with my grammy just for my little girl. I’m too broken for church, but my little girl is pure. I’ll go for her,’ ” Miranda said.

While attending church, Miranda was drawn to the choir.

“The choir was really speaking to me. They had the robes and the really cool songs. They swayed and they moved and I was just so attracted to that,” she said.

Miranda joined the choir, and the first Sunday she sang with them she said God knocked on her heart.

“I felt like that morning God said ‘Amy, I know where you’ve been. I know who you’ve been with. I know what you’ve done.’ I said ‘but God, this beautiful life you gave me — I broke it,’ and the words that God said to me almost 28 years ago were ‘Amy, I died for the broken.’”

In that moment, she said, she gave her life to God. Through the choir, she met her husband. They will have been married 26 years in May.

While she informed her husband of her past as a stripper, she did not disclose that she was a former prostitute until five years into their marriage. He encouraged her to share her story with others and to write a book.

“For me to transform and be a completely different person from who I was would give people hope and inspire them to trust God with their life,” she said.

Miranda pursued a teaching career and eventually became the principal at her church’s school. One day, the new pastor, Mark Guerrero, asked her if she was interested in attending Bible school to become the associate pastor.

“It just kind of worked up the seed that was dormant in my heart. I felt like it was time for this seed to crack open and this new life to just grow, and I said yes,” Miranda said.

She spent two years at Berean Bible School and became a licensed minister with the Assemblies of God, and now serves as the first female associate pastor at Century Assembly. She is still studying to be ordained.

Recently, Guerrero mentioned to Miranda that the Lodi Police Department was in need of chaplains and felt she would be a great fit for the job. Miranda interviewed with former chaplain liaison Gary Fauth, chaplain secretary Jennifer Howell and Capt. David Griffin, who felt she was a good fit. They passed their choice on to the chaplain board and the decision was approved.

“We think she’s going to be a fantastic addition to the police department. So far, everything is going really well and we’re just excited to have her,” Howell said.

As the department chaplain, Miranda will spend a minimum of four hours a month building relationships with the officers and staff and providing emotional and spiritual support to them. She will be going on ride-alongs and will offer support in times of tragedy. Miranda will also be a confidential ear for officers who witness traumatic and stressful events they need to talk about.

“Originally, I thought it was for the community, but when I found out that it was more for officers to support them, it was thrilling to think that I had broken the law for all those years and now to support it, it came full circle,” Miranda said. “I know these officers run into Amy Mirandas all the time. They run into addicts. They run into strippers. They run into prostitutes, and I think maybe looking at my faith when they’re out there doing that, they’ll remember that as long as there is breath, there is hope in that person. That can be a very discouraging job to come across the same person over and over, so I want them to be encouraged that what they do matters.”