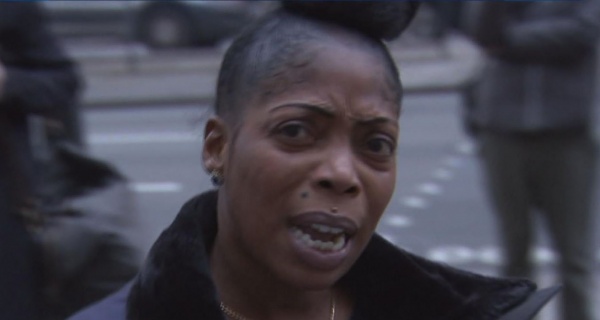 A woman charged with killing a 34-year-old who died just minutes after a botched cosmetic procedure in New York in 2015 is fighting extradition in London, police said.

Donna Francis was charged with criminally negligent homicide in the death of Kelly Mayhew, who went to Francis's office in the basement of a Far Rockaway house in May 2015 to receive silicone injections in her rear.

Francis fled to London after learning the young television producer had died, according to NBC New York. She was finally tracked down and arrested by police in London in December 2017.

Silicone is banned for cosmetic uses in the United States but is used on the underground market to increase the size of certain body parts, including breasts and butts.

Mayhew's mother was with her for the procedure that afternoon and said that when her daughter stopped breathing she begged Francis for help.

The pair had traveled to see Francis from their home in Maryland, and the victim's mother said she'd had five previous plastic surgeries. 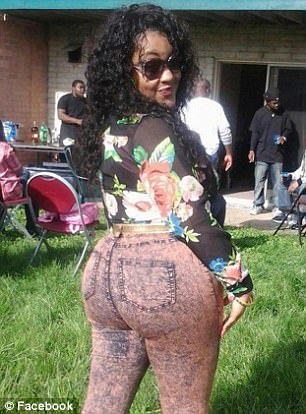 But instead of calling 911, Francis allegedly cleared up her supplies and ran from the home, fleeing in a gray SUV.

The panicked mom also called the friend who had connected them with the woman, but she did not pick up the phone, the New York Daily News reported at the time.

Emergency personnel responded to the home and found Mayhew unresponsive. They performed CPR and rushed her to the hospital, where she died.

NYPD detectives obtained an arrest warrant for Francis more than a year later, and a Queens jury indicted her, but it was too late, as she had already fled to London.

She was arrested by British police in December at her new job as a hospital driver, more than two years after Mayhew's death, but was released on a monitoring bracelet and refused to speak at a court appearance.

Francis is due back in court on March 10, but detectives have said it could be months or years until she is extradited to the United States.

'We're not going to give up,' Rudolph said.

Francis was only publicly named as the suspect in Mayhew's death on February 8.

Police also think that Mayhew might not have been Francis's only victim, as people were on a waiting list for her procedures. Detectives say there were actually people waiting outside in their cars on the May evening Mayhew died.

She is certainly only one of many victims who have died due to illegal silicone injections in the United States in recent years.

Mayhew's lawyer told NBC it would be 'inappropriate' to comment on the pending extradition.