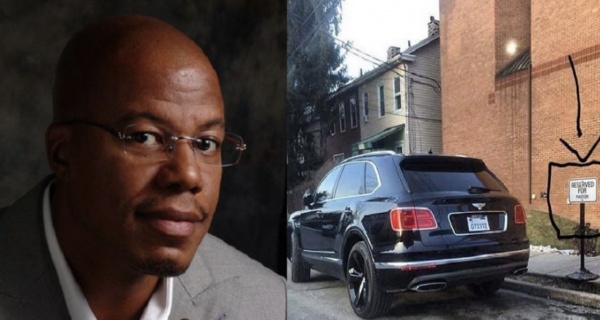 The leader of the 10,000-member Mount Ararat Baptist Church in Pittsburgh, Pennsylvania, William H. Curtis, has sparked a vigorous debate online after his $230,000 Bentley Bentayga, which costs nearly twice as much as the median home in the church's Larimer neighborhood, was photographed outside the church.

The photograph of the pastor's Bentayga, which Bentley boasts is the fastest SUV in the world with a top speed of 187 mph, was posted to Facebook Monday by Jarrell Taylor who criticized the pastor's opulent display.

"If ya pastor driving a Bentley truck ... he's sucking ur community dry with hope and tithes," Taylor wrote.

The Christian Post reached out to Curtis for comment about his choice of transportation Thursday and his assistant said she did not believe he would respond to questions about his car but promised to deliver our message to him. She also acknowledged that the church had been getting direct reactions to the vehicle as well but would not confirm the sources of the criticism.

According to his bio on the church's website, Curtis started his ministry at the age of 17 and has served as the senior pastor at Mount Ararat Baptist Church since 1997. He is also an instructor at the United Theological Seminary in Ohio and is co-owner of The Church Online, a technology, and full-service marketing firm.

Under his guidance, the church has implemented programs such as a Community Tithe Program, which returns more than 10 percent of the congregation's weekly offerings to small churches, para-church ministries, and nonprofit organizations.

Curtis' decision to travel in the expensive Bentley Bentayga, which is also popular among rappers, doesn't sit well with many onlookers who believe, like Pope Francis, that religious leaders should reflect a more humble lifestyle.