Woman Marries Homeless Man After Meeting Him On Park Bench 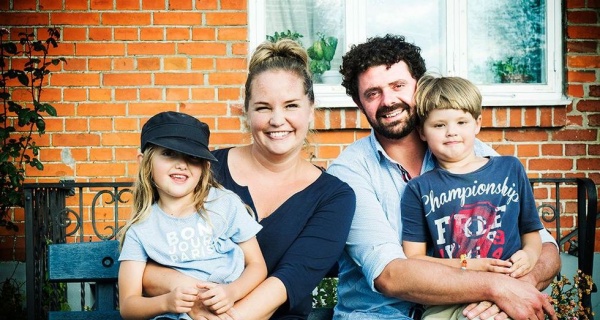 A woman and a homeless man who fell in love after meeting on a bench in Amsterdam have now been married for 10 years and have six-year-old twins.

Emmy Abrahamson is a 41-year-old writer from Sweden.

In 2006, she was sitting on a bench in Amsterdam while waiting for a friend when she was approached by Vic Kocula.

Abrahamson felt immediately drawn to Kocula despite realizing instantly that he was sleeping rough on the streets.

“Straight away I could see that he was homeless because he was very dirty and his hair, his beard was bigger then and was very dirty,” Abrahamson said on This Morning.

“But we started chatting, and I also noticed that he had the most beautiful brown eyes I’d ever seen and he just made me laugh straight away.”

Abrahamson and Kocula both felt an immediate mutual attraction and so arranged to meet again on the same bench five days later.

Kocula, who's originally from America, became homeless as a result of a European backpacking trip gone wrong.

“I’d run out of money earlier than I expected to, but I hadn’t done everything that I wanted to do during the trip, so I just said well, I’ll do it without any money,” he said.

“The wheels fell off and the alcoholism sort of kicked in heavy and it was such a gradual turn that all of a sudden one day I noticed, I realized, oh my god, I’m a homeless alcoholic.”

Abrahamson and Kocula met again on the same bench, spending the day in each other’s company.

However, Abrahamson had to return to Vienna, where she was living at the time.

Unsure whether she would ever see Kocula ever again, she gave him her number with no means of contacting him herself and returned home.

“I didn’t know if I was ever going to see him again, I mean, I hoped I would and I couldn’t stop thinking about him and then three weeks later, I’d just turned 30, and I just get a phone call on a Monday morning and it was just Vic saying, 'I’m here now,’ and he’d followed me to Vienna and we’ve been together ever since.”

Kocula, who had managed to scrounge enough money for a train ticket to Vienna, now works as a mechanical engineer after Abrahamson encouraged him to go back into further education.

The couple, who now have six-year-old twins called Desta and Til, married in a castle in what some may describe as a fairytale wedding.

Abrahamson has written a book based on their incredible story called How to Fall In Love with a Man Who Lives in a Bush.