How To Stay An Anonymous Lottery Winner 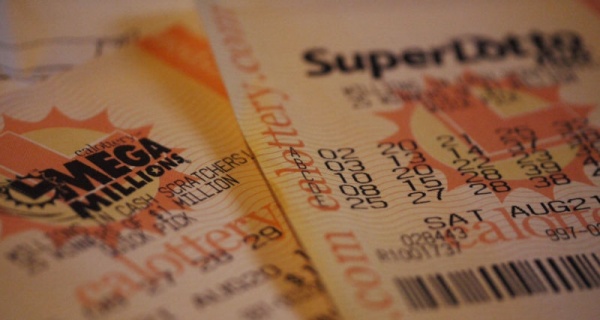 We all have fantasies of hitting the lottery, right? The new cars, the boat, the...lawsuits, predators, and bankruptcies? The winning ticket isn’t necessarily the winning ticket for a happy life, which is exactly why the winner of January’s Powerball jackpot of $560 million wants to keep her name out of the public record. But New Hampshire, where she lives, doesn’t allow winners to claim their winnings anonymously, and so in January, she filed a lawsuit in an attempt to protect her identity.

The states have an interest in making lotto winners’ identities public to protect the integrity of the game—see, for example, the Iowa security chief who rigged the $16.5 million lottery (he had been a computer programmer in the state lottery office and evidently did something programme with the numbers) and then tried to claim it anonymously.

Only seven states—Delaware, Kansas, Maryland, North Dakota, Ohio, South Carolina, Texas, and likely soon Georgia—allow winners to shield their identities. A handful of other states, like California and Wisconsin, entirely forbid winners to remain anonymous, “and then there are the states with gray areas,” says Jason Kurland, an attorney in East Meadow, New York, who has represented jackpot winners in the past. Depending on where you live, you can “form a trust and hide behind that. Your lawyer can be the face of the trust.”

Now, this is exactly what Jane Doe, in New Hampshire, did—but she had already signed her lottery ticket in her own name, and lottery officials have refused to let her white out her name and re-sign in the name of the trust.

Most advisors instruct the winner to sign the ticket immediately so the ownership is indisputable—does the New Hampshire case mean that the lucky holder of the winning Powerball ticket shouldn’t sign the back of the ticket? Kurland notes that leaving the ticket unsigned, and risking someone (even your lawyer) stealing it, is a big risk. His solution? “Sign it, but sign it small. Then you can add trustees or several trustees, and the name of the trust.”

Once you’ve signed, find a trusts and estates attorney in your state to advise you. This person should also put you in touch with a financial planner—you’re going to owe taxes, and you’ll likely want to consider how best to handle charitable contributions and gifts to family and friends. “Once you set up your team, you can’t go wrong,” says Kurland.

Oh, and mum’s the word. New York City trusts and estates attorney Alison Besunder says, “The bigger problem arises when there is an oral (usually flippant) promise to share the proceeds.” So if you really want to stay anonymous? Keep your mouth shut.