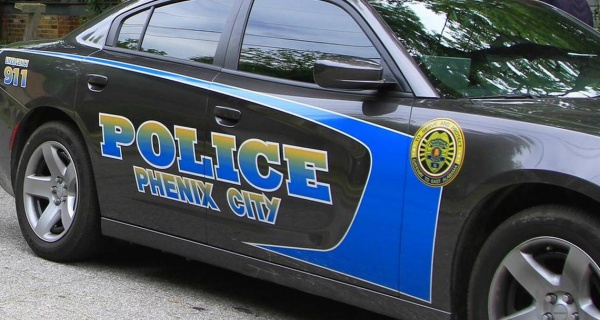 Officials were emotional as they stood before the media Friday afternoon to announce that a Phenix City police officer was terminated after allegedly raping a woman while she was handcuffed and in custody.

“It’s a sad day in law enforcement when we have to arrest one of our own, but I have no sorry or sympathy for the officer involved,” Phenix City Police Chief Ray Smith said. “There is no excuse, and we cannot make any today.”

Eldrick Devon Kennedy, who was terminated after Monday’s incident, was arrested on a first-degree rape charge. He appeared before a judge Friday morning for a maximum bond of $60,000.

Kennedy, 35, was booked into the Russell County Jail on Thursday, but officials transferred him to the Lee County Jail for safety reasons at 3:12 p.m. Friday. His preliminary hearing will be set at a later date.

Russell County Sheriff Heath Taylor said a woman who was charged with shoplifting told authorities around 1 p.m. Thursday that Kennedy sexually assaulted her. She said it happened Monday after he arrested her at a Piggly Wiggly store.

She said he stopped at a location off Highway 431 while headed to the jail, raped her while she was still in handcuffs and then continued to drive her to the facility.

Taylor said he contacted Smith and informed him of the allegation. Smith asked that the Russell County Sheriff’s Office handle the case, and they agreed to do so.

Deputies pulled some radio logs from the city that indicated that it took Kennedy about 45 minutes to arrive at the jail when the trip should have only taken about five minutes.

“There was the timeframe that the officer left the scene, got to the scene and then left with her,” Taylor said. “He did not show up to the jail in a timely manner, and so early on into this investigation, we had some concern about her allegations could potentiality be true.” 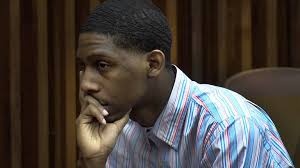 Taylor said they interviewed the officer and placed him on administrative leave pending the investigation. His equipment then was turned over to criminal investigators with the sheriff’s office.

“During that interview with him, he did, for the most part, confess to the elements of rape first,” Taylor said. “The difference between his story and hers was that he said it was consensual, and she said it was not and that she was scared and fearful. We all know that there is no consensual when you’re in custody.”

After five years of service, Kennedy was terminated from his position as a patrol officer with the Phenix City Police Department late Thursday.

Taylor said they aren’t sure if Kennedy has sexually assaulted anyone else, but they will investigate if any other victims come forward with such accusations.

“We’re going to do our due diligence to make sure we find every victim if there are other victims of this offender,” the sheriff said. “We don’t see any, but there is no way to really know. We’ll just have to wait and see.”

Taylor said the incident angered him because it violated the law they are sworn to protect. He said they will do everything they can to protect the community while being fair and transparent with everyone.

Taylor said they are going to do everything they can to prosecute Kennedy to the fullest extent of the law.

“We’re going to do what we can to regain the trust of our community because this is not a common occurrence,” Taylor said. “We have as good of departments and officers as anywhere, period. I don’t want this to linger and have a black eye in law enforcement in our area.”