A Look At The Sexual Assault Movement 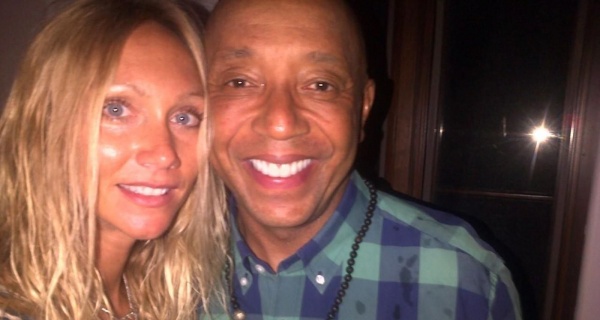 It’s difficult to keep track. From October 2017 to date, there have been around 100 allegations of sexual assault, harassment or misconduct by high-profile Hollywood men. That number focuses on allegations that have led to lawsuits, official police reports, firings or some concrete consequence.

Among the latest action taken by an accuser–a $5 million dollar lawsuit against mogul Russell Simmons who’s accused of raping a woman in 2016. The suit is filed by Jennifer Jarosik who says she met Simmons in 2006 and describes a type of friendship forged the last decade over shared interests. Jarosik claims last August Simmons invited her to his home and “pounced on her while she was still in shock and fear, and proceeded to rape her.” Her lawsuit also cites the numerous other similar allegations by women against Simmons to establish a pattern of behavior and is seeking the money to cover “medical expenses”. Jarosik also demands a jury trial…a move shunned by many rape victims who often feel distressed, shamed and even victimized again as their actions, character, sexual history and manner of dress are often scrutinized.

But even with the scorn and scrutiny of potential jurors and the public, there are still almost daily allegations on social media by women calling out offenders. That’s also the crux of the problem. The ease of dropping a name and slapping a #MeToo or #Time’sUp hashtag is slowing the movement’s building momentum.

Whoopi Goldberg on ABC’s “The View” summed up the problem by mocking Gerard Butler’s accuser. Brandi Glanville describing what sounded like a one-night stand even bragged about the sexual prowess of the “300” and “Olympus Has Fallen” actor. But when Butler said during an interview that he didn’t remember her, Glanville complained on social media saying, “#TimesUp on this kind of behavior“. Some of co-hosts defended Glanville, but Meghan McCain said, “Having a consensual one night stand where you both enjoy yourselves and say goodbye has nothing to do with sexual assault and we’re getting in very dangerous territory when you’re using it.” The danger is that women like Glanville are weakening the claims of legitimate victims.

A similar circumstance surrounded the sexual misconduct accusations against comedian/actor Aziz Ansari. The accuser describes a date night that turned into assault when Ansari failed to heed her “verbal and non-verbal cues” during a kiss or fooling around. Many have defended Ansari saying the woman only identified as “Grace” agreed to consensual sex and later decided it was sexual assault. The lines are being blurred as to what ‘is and isn’t’ sexual assault and how do we know who’s really a victim and who is making false accusations for 15 minutes of fame or gold digging?

Lasting social, criminal and civil change has never been achieved without some degree of backlash whether by shaming the victim, falsely accusing innocents or undermining the movement. We witnessed it during the Suffragette movement, the Civil Rights Movement and Black Lives Matter- change will make us uncomfortable, angry, confused and anxious. Social causes also will always bring out the false claims, fortune seekers and just plain liars. What should the rest of us do? Create an environment that is supportive and provides the medical, legal and financial systems victims need to aid them. That may also mean contacting our local representatives to petition for laws to protect and aid victims, not ignore them.

As for those who are making false claims and turn the morning after into #MeToo cries, with all the scrutiny each of these cases is getting, just let them play out. The truth has a way of always coming out, no matter how long it takes.