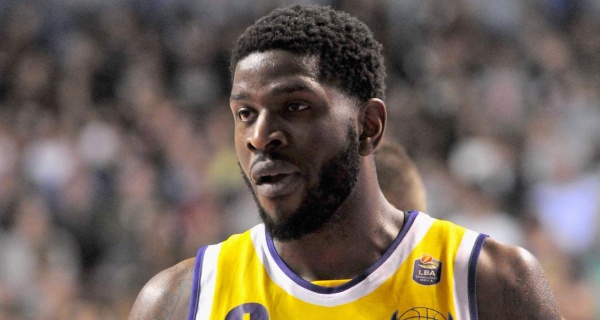 On Tuesday, TMZ Sports reported that an NBA free agent “expected to sign a contract with the Lakers” was being sued by a woman who claimed that he knowingly gave her a sexually transmitted disease. Apparently, the Lakers were among those who saw that article, because ESPN’s Adrian Wojnarowski reported Wednesday that the team was backing away from Jamil Wilson.

According to Wojnarowski, who cited league sources, the Lakers “reneged on the deal” to ink Wilson to a 10-day contract in the wake of the TMZ report. He noted that the team, however, hasn’t “ruled out the possibility of a deal with Wilson in the future.”

In a lawsuit filed in Los Angeles County Superior Court, per TMZ, the woman charged Wilson with committing sexual battery and fraud against her. She claimed that, after they began having unprotected sex in November 2016, she was diagnosed last year with herpes simplex virus type 2.

The woman accused Wilson of failing to disclose that he had the disease, and she is reportedly also seeking damages for emotional distress. Wilson’s agent, though, fired back in comments to Wojnarowski.

“Jamil has been irreparably harmed by the recent accusation, which has now resulted in damage to his NBA career,” said the agent, Steve McCaskill of Catalyst Sports. “We will not tolerate these false accusations, but will pursue all legal remedies with the full force of the law.”

Several reports earlier in the week had indicated that Wilson was all but signed by the Lakers, who requested waivers on veteran center Andrew Bogut on Saturday. A 27-year-old swingman, Wilson got his first NBA regular season experience last fall with the Clippers, who waived him Saturday.

Wilson, a Wisconsin native, played at Marquette before going undrafted in 2014 and competing on the Wizards’ Summer League team that year. He went on to stints in the NBA Developmental League, now called the G League, as well as in Puerto Rico and Italy, and his .429 three-point shooting percentage with the Clippers piqued the interest of the Lakers.