Police Chief Charged With Soliciting A Minor For Relations 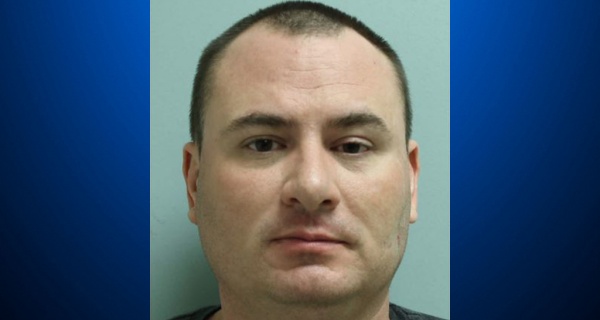 Leechburg Police Chief Michael Diebold was suspended without pay, Monday, after being charged with trying to solicit sex online from an undercover agent posing as a 14-year-old girl.

State prosecutors are accusing Diebold, who lost part of his arm in a fireworks accident last year, of sending sexually explicit photos to the agent, then arranging to meet for sexual contact.

"He has always been a good person," said Diebold's mother Karen Diebold. "It's so out of character."

The attorney general's office said Leechburg Police Chief Michael W. Diebold, 40, was arrested Friday at a Sheetz gas station in Westmoreland County where he had allegedly hoped to meet up with the girl.

"If my son is wrong, he has to pay the price," said Karen Diebold.

Bond was set at $500,000. Prosecutors say Diebold is charged with two felonies: unlawful contact with a minor and criminal attempt to commit involuntary deviate sexual intercourse. He is scheduled for a preliminary hearing by District Judge Cheryl Peck-Yakopec on Jan. 16.

Diebold allegedly sent sexually explicit messages and photos to the undercover agent via the Kik messenger app with the username "Kutecop4you," according to a criminal complaint.

"Diebold admitted that he knew that sexual contact with a 14-year child was wrong and illegal and that his life was totally over," the complaint said.

According to the complaint, the posting said, "I am a dom male that is also employed as a full time police officer. I hope that does not scare you off. I am white, straight, good looking, clean, d/d free, mentally stable and fun. I can also host or travel. I do have pics to share and I am very discreet. I am looking for a female sub for ongoing play sessions. I do not have a set type of woman so any age, race or status may email me. I respect any and all limits and you do not need to be experienced. I hope to hear from someone soon. KIK=kutecop4you"s"

During his arrest, Diebold was interviewed without an attorney present and "admitted to being the individual who was communicating with the purported child during all the communications," according to the complaint.

"Diebold stated that he has been utilizing the internet to post ads in the personal sections for the last several years. Diebold acknowledged to having conversations about sex with the other Kik messenger user, the purported minor in this investigation that he was attempting to meet at Sheetz," the complaint said.

"This case is particularly heinous because the perpetrator is a public official, sworn to serve and protect the community," Attorney General Josh Shapiro said in a statement. "We have a zero tolerance policy for the sexual abuse of children and my office will prosecute any offender to the fullest extent of the law, no matter who they are."

Part of Diebold's left arm was amputated last year after a firework exploded during the borough fire company's carnival. Emergency workers saved him, using a belt as a tourniquet to stem the bleeding. Eighteen days later, Diebold married his high school sweetheart in a ceremony along the Kiski River. His story was widely covered by local media.

"He's my son and I love him and we'll just have to get through," said Karen Diebold.