A Cheating Wife Discovered It 'Wasn't Worth It' 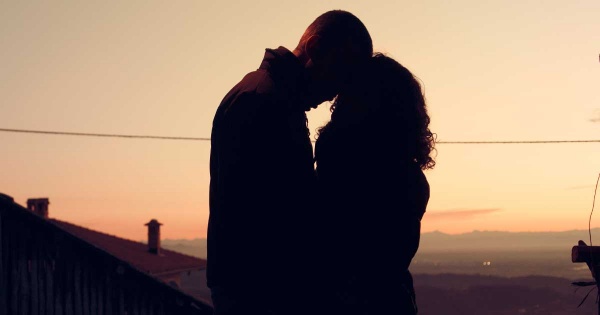 'What happened when I left my husband for my boss'

You always think what you have – what you’re going through – is different. I’ll say that about affairs.

I’d been married to my husband Tom* for six years when I took a job as an EA at a finance firm to help pay for our gargantuan mortgage. Tom and I had been talking about starting a family but felt our financial situation was too precarious, so we kept putting it off. There’s a part of me today that wonders whether one of us – or perhaps even both of us – secretly knew our marriage wasn’t going to work out, but you can drive yourself crazy mulling over such things.

There’s no denying my new boss, Steve,* was an attractive man, but my first thought when I met him was "Thank God!" He seemed nice and I felt I could do with some nice after the last ogre I worked for. Steve seemed relaxed, not overly concerning himself with how I conducted myself, as long as I got what he needed done.

There's a big difference between an unhappy marriage and an unsalvageable one. This episode of 9Honey's hit podcast series Life Bites has some advice on getting through a rough patch:

During our first conversations, I discovered he was married to his second wife and had four children – two little ones with his current wife, and two teenagers with his first wife. He had framed photos of his wife and kids all over his office. It seemed like he had the perfect life; but as I later found out, I had it all wrong.

My relationship with Steve for the first few months was purely professional. We would only ever speak in the office and when we did it was only ever about work stuff, but then slowly things began to change. The changes were so small, in fact, that I didn’t even notice anything was different until I was head over heels.

What were the changes? You know, just little things – calling the office from his mobile to ask about flight details but then quickly moving onto friendly chats that were in no way work-related. Changes like grabbing the odd coffee together, or a "quick drink" after work. By the time we received our invitations for the company Christmas party, I realized I felt conflicted, oscillating wildly between hoping he’d kiss me on the night and trying to think up reasons why I couldn’t attend.

I knew my marriage was over the minute Steve kissed me in the cab on the way to the after-party.

I was so under his spell that I didn’t even think to stop and try to fight for my marriage in the weeks after the party, but Steve was an altogether different breed. Scarred by his first divorce, he wasn’t thrilled about setting himself up for another legal battle. So began months of secretly seeing each other whenever we could.

There were lots of bogus work trips away where we wouldn’t get of bed all day and plenty of steamy meetings in boardrooms and car parks. It was exciting, but we both felt wracked guilt over what we were doing to our partners. It was clear to me that we’d have to make a decision, but Steve wasn’t so sure, preferring to have his cake and eat it too. What a prick! Still, I guess the writing was on the wall.

As months went on, things at home deteriorated for me. I didn’t want to keep lying to Tom, but Steve refused to make the leap with me. I begged him to leave his wife, promising that I too would leave my husband and we could start a new life together but every conversation quickly escalated into a huge fight.

In time, most of our hotel room sessions were filled with us screaming at each other. We went back and forth like this for months, increasingly arguing in our cars or in his office (I later found out everyone knew we were having an affair), but in the end, we finally agreed.

On the same day, we both went home and told our respective spouses that we’d fallen in love with someone else and that we were leaving.

Maybe it’s because we didn’t have any children together but my husband took the news a lot better than Steve’s wife, who immediately began using the kids as pawns. As part of our bid for a new life, we both sought – and accepted - new jobs interstate, with the understanding that Steve would fly back on weekends to spend them with his kids.

I thought if we got away from the gossip and the social alienation (most of our friends and both families turned on us), things would be okay. I was kidding myself.

Steve found it difficult being away from his children, and I suffered having him away so often. The arguments began to increase once more, but they were nothing compared to the resentment that was building in both of us: Steve resented me for destroying his family, and I resented Steve for promising a life he couldn’t quite deliver.

A few months in, Steve came home to tell me he was going back to his wife. He’d been secretly having counseling sessions with her while he was back in Melbourne and they’d decided to give it another go.

The devastation didn’t let me go for years. I’d left my whole life behind in Melbourne to start a new one in Sydney where I didn’t know anyone. Suddenly I found myself single, alone and on the cusp of a divorce with someone who truly didn’t deserve what I’d put him through.

That was bad enough, but the mental damage was the worst of it. It took me years before I could open myself up to someone else, and even though I’m now married with children of my own, I don’t know that I’ve recovered from Steve.

Sometimes I hear of younger colleagues telling me the same old story: "Oh, I’ve fallen in love and we’re going to run away together," and I have to bite my tongue. Everyone has to learn from their own mistakes, but I also know they wouldn’t listen to me anyway.

I know I certainly wouldn’t have, because, "My story was different."