'Wolf Of Wall Street' Says Bitcoin Is A Scam 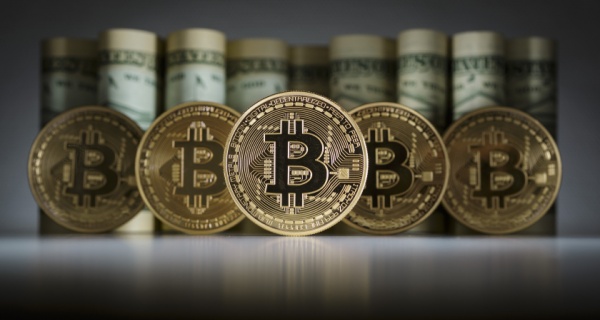 The man who was the real-life inspiration for the Wolf of Wall Street said on Friday that the cryptocurrency Bitcoin is a 'huge scam'.

Jordan Belfort says that the value of Bitcoin is likely to plummet.

'Promoters are perpetuating a massive scam of the highest order on everyone,' he told the Financial Times on Friday.

'Probably 85 percent of people out there don't have bad intentions but the problem is, if five or 10 percent are trying to scam you.'

Belfort is a former stockbroker who ran a $100million boiler room stock manipulation scheme that landed him in prison.

He wrote a memoir about his experiences, The Wolf of Wall Street, which was adapted into a movie by Martin Scorsese.

Belfort was portrayed in the film by Leonardo DiCaprio.

Bitcoin blasted to another all-time high of almost $18,000 on the Bitstamp exchange on Friday, up nine percent on the day, as warnings grew over the risks of investing in the highly volatile and speculative instrument.

The cryptocurrency's staggering recent price rises - more than 1,700 percent since the start of the year - have driven worries that the market is a bubble that could burst in spectacular fashion.

Bitcoin has climbed almost 80 percent so far in December alone, putting it on track for its best month in percentage terms since December 2013.

On Friday it reached as high as $17,900 on the Luxembourg-based Bitstamp exchange.

While Bitcoin has added another fifth to its value since Monday, trading has been slightly calmer than the wild price swings the market has seen in recent weeks, with volatility lower since the launch of Bitcoin futures from Cboe Global Markets on Sunday.

Belfort thinks Bitcoin's value will rise in the short term before crashing.

'I think it's a huge danger right now that people are looking at this as the next great thing, it's a bubble for sure,' Belfort told CNN.

He compared Bitcoin to the 17th century 'tulip mania' in Holland, where the value of tulip bulbs skyrocketed before rapidly dropping.

'The next stage, you will see it really skyrocket, there will be a short squeeze, it will go even higher and then eventually it will come caving in, it's almost a guarantee,' Belfort said.

'But that's not human nature, people will get in and make some money and they want to make more money.

'In the tulip bubble the beginning of the end was when they started trading futures on tulips, that was another move up and then all of a sudden it collapses and it's over.'

Belfort isn't the only one predicting Bitcoin's demise.

Andrew Bailey, the head of the British government's Financial Conduct Authority, told the BBC on Thursday that anyone who invests in Bitcoin should be prepared to 'lose all their money.'