46 Million Americans May Have Pre-Alzheimer Markers 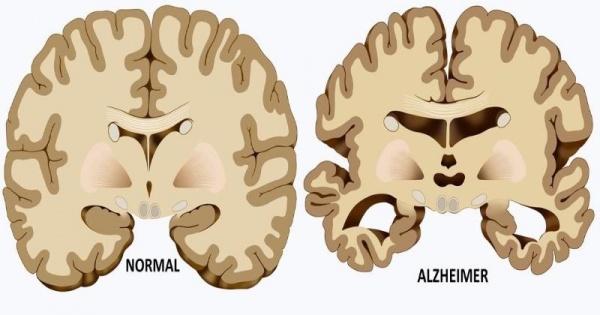 Close to 50 million Americans could be in the early stages leading to Alzheimer’s disease right now, according to a new forecast.

And 6 million people likely have it now, the team at the University of California Los Angeles calculated.

The forecast is based on a lot of supposition as well as some hard data, but it’s the best estimate of how badly Alzheimer’s will affect the country in the coming years, said Keith Fargo of the Alzheimer’s Association, who was not involved in the research.

“To our knowledge, this is the first time someone has done this type of estimate,” said Fargo, director of scientific programs and outreach at the Alzheimer’s Association.

For the unusual study, Ron Brookmeyer, a biostatistician at the University of California, Los Angeles and colleagues collected all the data they could find from studies of Alzheimer’s disease.

To calculate who was at risk of Alzheimer’s they used measures including a buildup of a protein in the brain called amyloid, the loss of brain cells, and the loss of memory and skills such as reading and writing.

They used other studies including a look at 1,500 volunteers who live around the Mayo Clinic in Minnesota, which included healthy people who have no particular risk of Alzheimer’s. They used studies of people with mild cognitive impairment — memory loss that can lead to Alzheimer’s — and people diagnosed with Alzheimer’s dementia.

And they looked at actual reports of people who have Alzheimer’s disease now.

Then they made calculations to predict how many people are likely progressing to Alzheimer’s right now, although they may not know it.

“We predict by 2060, U.S. prevalence of clinical Alzheimer’s disease will grow to 9.3 million.”

“It’s virtually all extrapolation. It’s looking at some real community-based cohorts that have been studies,” said Fargo.

“But it’s not a matter of going systematically through the population. It’s very much a model-based estimate.”

But it uses solid data and methods that should at least be a start at predicting the future toll of Alzheimer’s, said Fargo.

“For the first time, scientists have attempted to account for numbers of people with biomarkers or other evidence of possible preclinical Alzheimer’s disease, but who do not have impairment or Alzheimer’s dementia,” the National Institutes of Health, which helped pay for the study, said in a statement.

“People with such signs of preclinical disease are at increased risk to develop Alzheimer’s dementia.”

“An estimated 46.7 million American adults over age 30 are in this hypothetical preclinical stage of Alzheimer’s disease and another 2.43 million have mild cognitive impairment due to Alzheimer’s disease, although many will not progress to dementia during their lifetimes,” Brookmeyer and colleagues wrote.

“In 2017, there were 3.65 million cases of clinical Alzheimer’s in the United States,” they wrote in their report, published in the journal Alzheimer’s & Dementia: The Journal of the Alzheimer’s Association.

“We estimate that approximately 1.54 million (42 percent ) of the 3.65 million cases living today have late-stage clinical Alzheimer’s disease who need level of care equivalent to nursing homes,’ they added.

“We predict by 2060, U.S. prevalence of clinical Alzheimer’s disease will grow to 9.3 million.”

By 2060, they predict, more than 75 million people will have pre-clinical Alzheimer’s disease — meaning the disease is developing in their brains but hasn’t caused enough symptoms to be diagnosed.

Alzheimer’s is the most common form of dementia. There’s no cure for it and no good treatment.

So why even try to calculate the extent of an incurable disease?

“There are things that you can do,” said Fargo. “These are the numbers of people we could potentially intervene with.”
Although there’s no good treatment now, several studies have shown that Alzheimer’s can be prevented in some people with better diet, more exercise and other healthy habits.

And the hope is to develop drugs that can prevent Alzheimer’s, just as statins and blood-pressure-lowering drugs prevent strokes and heart attacks now.

Plus, not everyone with Alzheimer’s-associated brain damage develops the disease. “There is a group of people that have the brain changes but never experience dementia symptoms,” the Alzheimer’s Association said in a statement.
“It shouldn’t be scary. It should be seen as pointing to the future where we have a window of opportunity for prevention just like we do with cholesterol and heart disease today,” said Fargo.

“Even if this estimate turns out to be reality, that does not mean that those 46 million people will develop dementia from Alzheimer’s disease,” Fargo added.

“Just like you can have high cholesterol today and not develop heart disease, heart attack or stroke, you can be in this pre-clinical state but not go on later to develop Alzheimer’s disease dementia.”