Teacher Found Dead In School Of An Apparent Drug Overdose 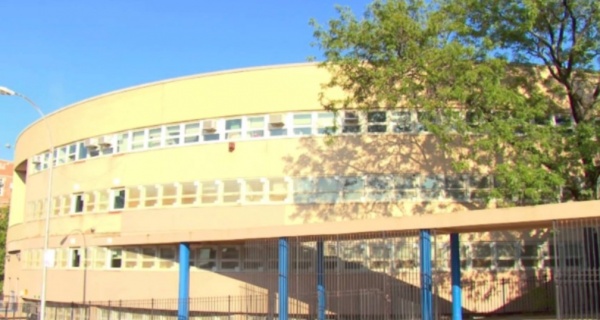 Bronx special education teacher Matthew Azimi’s last purchase on Earth was a hypodermic needle he used to shoot a lethal dose of heroin into his veins while sitting in a dingy school bathroom, police sources said Friday.

After the dismissal bell rang at Public School X811 on Longfellow Ave. in Foxhurst about 2:50 p.m. Thursday, Azimi, 36, said goodbye to his students and went to a nearby CVS to buy the needle.

Roughly an hour and 45 minutes later, a school custodian found him dead inside a locked school bathroom. The receipt for his CVS purchase was in his pants pocket, police sources said.

“He was great. He was a good teacher,” said one grief-stricken teacher, who didn’t want to be named.

The Department of Education sent a team of grief counselors to the school to help students cope with Azimi’s death.

His neighbors in Carmel, N.Y., said the always-smiling teacher had three children and was expecting a fourth: His wife was about five months pregnant.

“I never saw him as a person that would do drugs,” said his neighbor Stephanie Quinto, 30, almost breaking down in tears. “He was very calm, very normal.”

Quinto knew something was wrong when police came to her door about 10:30 p.m. Thursday, looking for Azimi’s wife.

“I worry about those children. This is just crazy,” she said. “What possibly could be the reason? He always seemed so happy. … He is always with his kids, always smiling.”

Police sources said Azimi waited until after school to shoot up. He purchased the needle about 4 p.m., cops said.

At about 5:45 p.m., the building janitor came across a locked bathroom. He forced the door and found Azimi dead.

The needle he had just purchased and a small baggie with heroin residue was found next to the burly educator, police sources said.

No students from the special-education school — which teaches kids from the sixth to the 12th grades — were present when his body was discovered.

An autopsy performed Friday was inconclusive, according to the city Medical Examiner’s office. Further toxicology tests were required before a cause of death could be finalized.

Azimi lived 50 miles outside the Bronx, but he couldn’t escape the opioid epidemic that killed 1,300 people in the city last year.

“The heroin problem in Carmel, God,” Quinto said somberly. “So many people. There are a lot of people in this town doing that. But him? God.

“I know special ed is hard, but maybe something happened in the school with him,” she speculated. “It’s like, now you have millions of questions for yourself.”