Binge Drinking May Be More Damaging To The Young 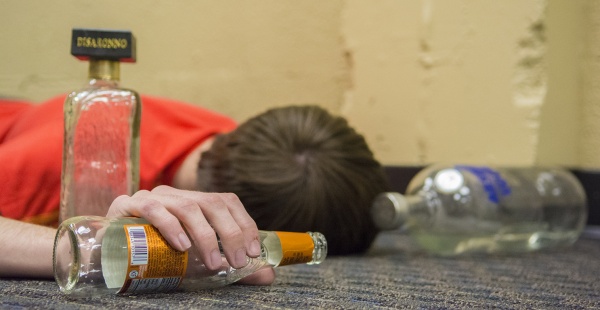 The 21-and-older drinking law in the U.S. is a constant issue of controversy, but new research from Europe suggests that this legislation may have some solid scientific roots. The research showed that binge drinking during adolescence and early adulthood can cause distinctive changes in the young still developing brain, and may even lead to brain damage.

Binge-drinking is not recommended for anyone, but the detrimental effects of this popular behavior may occur in the young brain far more quickly than in older brains. A study recently published online in Frontiers in Behavioral Neuroscience found that binge drinking altered the resting brain activity of some college students and may have led to cognitive difficulties.

“A number of studies have assessed the effects of binge drinking in young adults during different tasks involving cognitive processes such as attention or working memory,” said López-Caneda. “However, there are hardly any studies assessing if the brains of binge drinkers show differences when they are at rest, and not focused on a task.”

Students who reported binge drinking within the last 30 days displayed higher measurements of activity known as beta and theta oscillations in the right temporal lobe and bilateral occipital cortex brain regions compared with students who never binge drank. In other words, binge drinking could lead to decreased response to stimuli, which means that students who gulp down copious amounts of alcohol in a short amount of time may not understand the information coming their way, especially compared with their alcohol-abstaining classmates.

Although we already know that alcohol abuse can cause brain damage, these results suggest that for some drinkers damage onset can begin after only a few binge-drinking instances.

The key factor that seems to be contributing to brain changes in college drinkers is the plasticity of their young and still-developing brains. Some research has suggested that the brain continues to develop well into young adulthood and doesn’t stop changing until an individual reaches 25 years of age. The brain is especially susceptible to damage as it changes. This plasticity is why alcohol can be devastating to fetuses and completely alter their still-undeveloped brains. The study suggests that binge drinking during the critical early adulthood period could delay neurological maturation, and the damage that occurs during this period may be irreversible.

The findings are still very early and more research will be needed to confirm if these changes are indeed caused by binge drinking or other another factor. Still, the research further emphasizes the dangers of binge drinking, especially underage binge drinking, and suggests that holding off until 21 may not be such a bad idea after all.