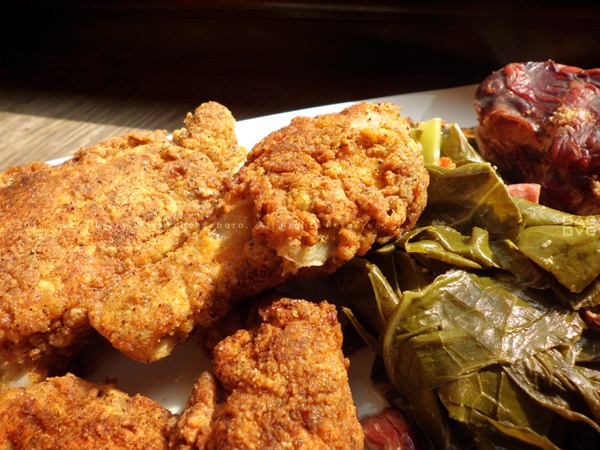 The menu screens at the Ohio school also offered mashed potatoes and cornbread under photos of the Rev. Martin Luther King Jr. and other black leaders. The Dayton Daily News reported that people circulated images of it on social media, calling it offensive and disrespectful. Fried chicken has long been associated with racial stereotyping in the United States.

President David Hopkins sent an email Thursday asserting the university’s commitment to diversity and pledged to prevent a repeat.

“I apologize to anyone hurt by the display,” Hopkins wrote. “To our credit, the menu was quickly removed. But the larger question remains: Why was it done? I will find out. We will take steps to prevent this kind of behavior occurring in the future.”

Chartwells Higher Education Dining Service said it could have done a better job providing context for what was meant as “a cultural dining experience.”

The company said in a statement that it tries to help celebrate national events on campus with “authentic and traditional cuisine. … In no way was the promotion associated with Black History Month meant to be insensitive.”

Kimberly Barrett, the school’s vice president of multicultural affairs and community engagement, said she was pleased that the menu signs were removed.

“I think many times, in attempts to be inclusive and to honor diversity, people who might be in the majority community, or in communities other than the ethnic groups they’re trying to honor, sometimes get it wrong,” said Barrett, who is black.

“I was really hurt … extremely hurt,” said Billy Barabino, a senior and president of the school’s Black Student Union. “For me, it was a knock in the face for African (and) African-American individuals who have fought for us to be progressive. I was extremely offended by it because it minimizes who we are as a people.”