Playing and Winning Lottery Could Ruin Your Life 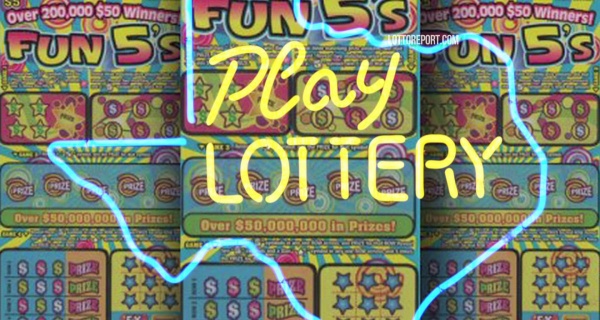 Date Posted: Wednesday, August 30th, 2017
At one time or another most people have fantasized about winning the lottery and how it could change their life.
It is easy to imagine how simple life would be after winning the jackpot and being able to pay off your debts, quit your job and sail off into the sunset on your newly purchased yacht without a care in the world.
You would probably be hard pressed to imagine a situation where such an influx of cash would be a bad thing right? Well for some people when that dream of winning big came to fruition it wasn’t long before it turned into a nightmare.
‘WINNING THE LOTTERY RUINED MY LIFE’
One woman has claimed that her $1.6 million win has negatively impacted her life to the point where she is considering suing the lottery organizers.
In 2013, at just 17 years of age, Scottish woman Jane Park became the youngest EuroMillions winner, taking home a hefty one million pounds after purchasing her first lottery ticket.
At the time of her win she was doing admin work for $13 an hour and living with her mum in a small unit.
But four years on and now the owner of two houses, a Range Rover and a list of designer items from handbags to dogs, Ms Park says that her winnings has made her life “10 times worse”.
“At times it feels like winning the lottery has ruined my life. I wish I had no money most days. I say to myself, ‘My life would be so much easier if I hadn’t won’,” she told Britain’s Sunday People newspaper.
Despite the UK’s National Lottery offering her a financial advisor to help manage her new assets, Ms Park still claims that the “stress” of being a millionaire has ruined her life and is seeking legal action as she believes someone her age should not be allowed to win the jackpot.
LOTTO WINNER ‘DISOWNED’ BY ‘GREEDY FAMILY’
When Gillian Bayford and her husband Adrian struck gold by winning over $240 million, she never thought that a mere 15 months later she would be split from her partner and exiled from her family.
Gillian and Adrian Bayford lived in Suffolk, England with their two young children and were determined not to let their winnings go to their heads, celebrating their success with a modest family holiday to a caravan park.
Mrs Beyford was generous with her money, reportedly paying off her father and brother’s debts and helping her parents buy an apartment.
But the influx of cash soon began to cause a rift when Mrs Beyford’s family started asking for more money to keep up their luxury lifestyles.
“It’s upsetting and raw. The money was supposed to make everybody happy. But it’s made them demanding and greedy,” she told the Daily Express.
Mrs Beyford says her family has not spoken to her since May of 2015 and her former husband got engaged to a woman 16 years younger than him and moved her into what used to be their family home.
WIN CAUSES BITTER FEUD BETWEEN WORKMATES
It isn’t just families that can get torn apart by money; co-workers can be turned against one another in a bid to win big.
When former Toll courier Gary Baron won a $16.6 million jackpot in October 2014 his colleagues took him to court, suspecting that he had swindled them out of their share of the prize.
The Geelong based company started a lotto syndicate in 2009 and Mr Baron in charge of collecting the money from the group to purchase the tickets.
His co-workers claim that the win was a result of the syndicate and Mr Baron was refusing to share the million dollar win.
But according to Mr Baron the winning ticket was purchased separately.
The 2-year-long battle came to an end in February this year with the parties agreeing to a settlement on the first day of the trial.
‘I’D HAVE BEEN BETTER OFF BROKE’

Florida man Abraham Shakespeare was murdered in 2009 as a result of his almost $38 million win.

DeeDee Moore was found guilty of first degree murder after befriending the victim and then shooting him in the chest and burying him under a slab of concrete in a backyard, all in an attempt to get his money.

According to Shakespeare’s brother, Robert Brown, he often told him before his death that he wished he had never won.

“’I’d have been better off broke.’ He said that to me all the time,” Mr Brown told the BBC.