Woman Who Lied About 15 Rapes Sentenced To 10 Years 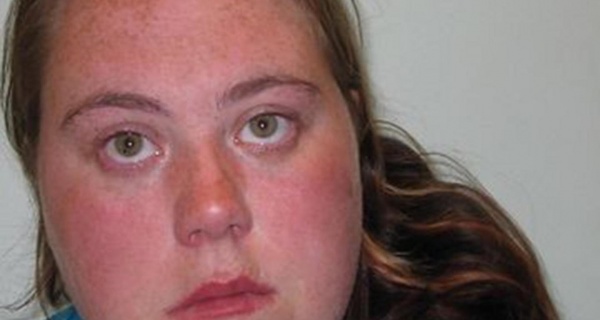 A fantasist who invented rape and sexual assault allegations against 15 men to get attention from her girlfriend has been jailed for ten years.

Jemma Beale, 25, claimed she had been raped by nine men and seriously sexually by six in four different encounters over the space of three years, causing one man to be wrongly jailed.

A judge warned that her “grotesque” string of lies would increase the likelihood of guilty men going free and prevent real victims from reporting such crimes.

The court heard that she went on to make a string of false allegations that took up 6,400 hours of police time and cost at least £250,000.

Most lies began “impulsively” following drunken rows with girlfriends as she sought attention and to arouse jealousy.

Judge Nicholas Loraine-Smith, sitting at London’s Southwark Crown Court, told Beale she was a “very, very convincing liar” and “enjoyed being seen as a victim.”

He added: “What is particularly chilling is the manner in which you persisted in making allegations which you knew were untrue even to the extent of committing and repeating perjury.

"Cases such as this bring a real risk that a woman who has been raped or sexually assaulted may not complain to the police for fear of not being believed."

She sat with her arms crossed yesterday as she was jailed for a total of 10 years.

DS Kevin Lynott from the Metropolitan Police, which investigated three of the four allegations, said she was a criminal who had “abused the system”.

He insisted that each of her claims had been investigated independently and that there was “credible” evidence that cast no doubt on her allegations.

"Beale has been exposed as a serial liar and I can only think that she was motivated partly by financial reward, but mainly the attention and control over her partners and family at the time she made the allegations,” he said.

Beale made her first allegation, against Mr Cassim, in November 2010.

The 37-year-old Somalian was giving Beale a lift home when she directed him to an alleyway and told him to pull off his underwear.

He was tried for rape in December 2011 but jurors were unable to reach verdicts.

In a retrial the following month he was convicted and jailed for seven years.

In a victim impact statement, Beale described the “devastating” effect the “rape” had on her, adding: “”I feel that any sentence he receives will never reflect the life sentence that he gave me.”

She claimed she was groped by a complete stranger, Noam Shahzad, in a pub in Hounslow, west London, in July 2012, before he took part in a vicious gang rape on her in the car park of a nearby medical centre.

CCTV later showed that Beale had attacked him in the pub before walking home alone.

Forensic tests also showed she had cut herself with a hanging flower basket to make it look like she had been attacked with barbed wire.

Mr Shahzad skipped bail and fled the country after being charged with sexual assault.

In September 2013, she reported another “grotesque invention,” this time another serious sexual assault by two men outside her home in Addlestone, Surrey.

Two months later, she said she was gang raped by four of a group of eight men in Feltham, west London.

She identified two of the men identified as Luke Williams, 28, and Steven McCormack, 25, who were both arrested and interviewed but never charged.

It was while they were investigating that alleged rape that detectives learned one of Beale’s former girlfriends had said she lied about being raped by Mr Cassim.

They launched an investigation into Beale in December 2013 and reviewed all four allegations, finding common discrepancies and similar circumstances in them all.

She was arrested in June 2014 and interviewed five times over the next ten months before she was eventually charged in March last year.

Mr Cassim appealed against his conviction and it was quashed in July 2015.

In a victim impact statement, Mr Cassim told the court he had been hugely affected by the false claim.

He added: "One of my goals is to be a successful businessman, to have a nice family and be happy.

"I am working on the happiness - I have a long way to go."