Watch: Ten Facts You May Not Have Known About Slavery 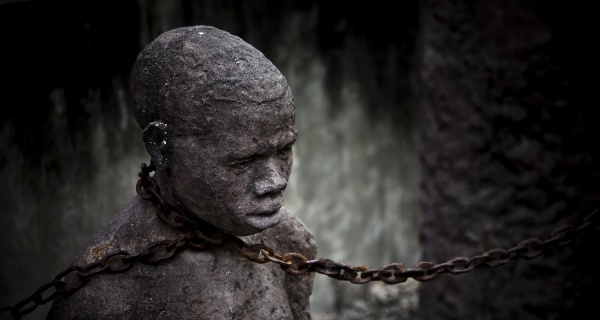 Slavery hs existed nearly since the beginning of human history. But, it was never as large or prenicious as practiced in the Americas. Although much is known about slavery in this country, this video includes 10 facts that may surprise you.

1. More than 2.2 million African slaves died during the voyages to the New World. To reduce mortality rates, slaves were forced to dance as exercise above deck,

3. In the year 1770 the King of Dahomey (Benin) was earning $370,000 a year from capturing and selling his enemies to European slave traders.

4. Slaves on the plantation were forced to work 18 hour days. From sunrise to sunset.

5. Before 1774 in North Carolina it was legal for a white man to murder a slave without cause.

6. Almost one third of all southern families in USA owned slaves. In Mississippi and South Carolina one half of all families owned slaves.

7. The last known slave ship to land on American soil was the Clotidle ship, which arrived in Mobile, Alabama illegally in 1859 with hundreds of smuggled African slaves.

8. The last surviving slave from the Clotidle ship was Cudjoe Kazoola Lewis, a slave from Togo, West Africa. He died in Alabama in 1935.

- Before Cudjoe Lewis died he requested to be repatriated to Africa. This request was ignored. He and other African slaves created their own town in Mobile, Alabama called Africatown.

9. In Brazil the enslavement and importation of African slaves began in 1501. Forty percent of all slaves shipped to the Americas were taken to Brazil.

- The enslavement and importation of African slaves did not end in Brazil until 1888.

10. The Atlantic slave trade resulted in the shipping of 12-15 million slaves from Africa to the Western Hemisphere.