Call This Evidence Of Corruption 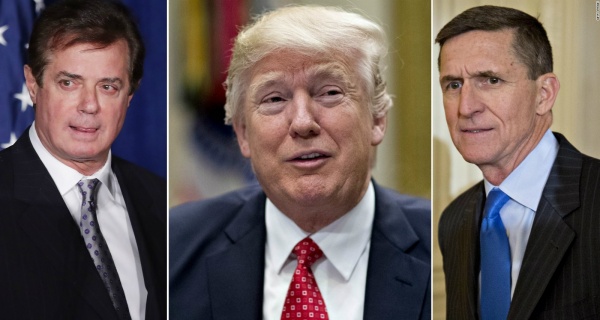 "I hope you can see your way clear of letting this go, to letting Flynn go,"
President Trump allegedly said according to a memo written by then FBI Director Comey after an Oval Office meeting with Trump. This information is from two sources of The New York Times that was
the first to report findings from this memo. The president spoke highly of Flynn
even after firing him. "He is a good man," said President Trump. The memo was
written soon after Flynn was forced to resign. The President's asking Comey to let Flynn go has been criticized by Republicans and Democrats alike. Critics of the president see this as a clear attempt to sway the FBI's investigation.

This isn't the first time the President was accused of having inappropriate
conversations with the former FBI Director. Trump released a statement to Comey while he
fired him. "I greatly appreciate you telling me on three separate occasions that I
am not under investigation, I nevertheless concur with the judgement of the
Department of Justice that you are not able to effectively lead the Bureau. Again,
Republicans and Democrats alike find this troubling for two reasons. First of all,
Comey said in a hearing to Congress that there is an investigation into Russia and their
influence on the election that Donald Trump won. Second, why is Donald Trump even
having these conversations in the first place during an investigation.

Another matter that troubles many are reports the Jeff Sessions could have had
influence on the decision. This is because Jeff Session recused himself from the
investigation after he, himself had ties to Russia he had did not previously
disclosed. A third troubling matter leading up to Comey's firing is when then
Attorney General Sally Yates was fired after reporting that Flynn was a risk for
foreign influence. A fourth point, that is right folks this goes on still, is the
fact that in an interview with Lester Holt, Trump admitted he fired Comey over that
Russia thing.

To make matters even worse for President Trump, a poll by NBC/Wall Street Journal
says the majority of Americans are not in favor of Comey's firing. The Trump
administration has stated in defense that Democrats should be praising him for
firing Comey over how he handled the Hillary Clinton investigation the week of the
election that came up virtual empty of finding anything on Clinton. Comey explained
it made him mildly nauseous to think he could have effected the election.

This drip, drip, drip of facts many report as smoke and not evidence of corruption
is becoming frustrating to many Americans. The only argument The Trump
administration still uses is that there is no evidence. Flynn, Sessions, then Flynn again
when President Trump attempts to get Flynn off the hook with the FBI Director. Sally
Yates is fired after being correct about Flynn. Trump admits he fired Comey over
Russia. All intelligence agencies in America say Russia favored Trump. They
attempted to help him.

When can we call this evidence of corruption and not just smoke?