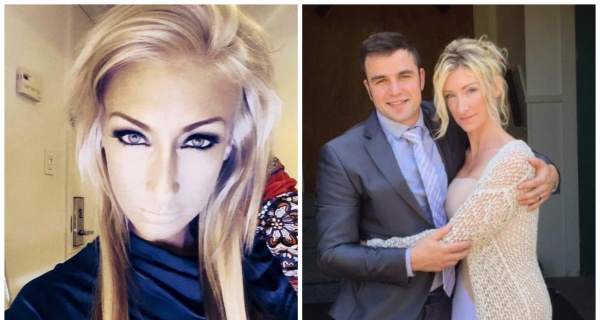 Central New York minister Crystal Bassette is opening up about her past as an adult film actress.

They run the church together and serve as pastors every Sunday.

"It is definitely the ultimate change. It's going from one extreme to the next. I had to get away from this whole life," she told the UK publication in an interview published Wednesday.

Bassette, whose maiden name is Crystal DiGregorio, grew up in Oswego but left home when she became pregnant at age 16. She did modeling, dancing and pole competitions to provide for her son, but soon had no trouble with the bills after she met an adult film agent in Hollywood. She had a mansion in Malibu, a Ferrari, a cook, a maid and a gardener.

She told the Sun that her fortune came with a significant cost -- her happiness -- starting with the first X-rated scene she shot at age 21.

"I remember after the scene, I sat in the shower for about two hours crying," she recalled. "I ended up going back to it again and that's when I was numbing myself through taking pain medicine and drinking alcohol to get through the scene."

Bassette says it ended up becoming a daily routine, "like a regular 9 to 5 job," where she would drop her son off at school, do pornographic shoots, then come home. She embraced it for a while, even opening an Oswego nightclub with her name on it: Crystal.

The club closed after a few years, though, and Bassette had both legal and financial trouble, forcing her to file for bankruptcy. She broke her nose in a 2014 car crash and was arrested for drunk driving. Her ex-boyfriend, fired Syracuse police sergeant Kevin Blair, sued her for $1 million, alleging years of abuse and a smear campaign that cost him his job.

But Bassette gave up drinking after her DWI arrest, now only wears skirts that go past her knees, and found a new path while attending Oswego River of Life church. The mother-of-three filmed her last adult scene in 2014, a year before marrying David, a Pentecostal minister.

"I had a contract that had to be fulfilled. I had to fulfill two scenes which was horrible," she told The Sun.

Bassette, 33, also told the publication that she realized through therapy that she ended up doing adult films because she was sexually abused as a child by two different people.

"It's wordless. I'm alright now but it took me a long time... I realized why I was choosing the life that I did."

Bassette told syracuse.com and The Post-Standard last year that she believes she is meant to help people, to use her experiences to bring others who are suffering closer to God. Her public past has allowed people to seek her out to talk about troubles with abuse, prostitution and pornography, she said.

"I regretted it," Bassette said. "But then I think to myself, if I didn't do those things, where would I be today?"

"This is what my heart is for. And it's something I feel can help a lot and change people's lives."