Trayvon's Father Reveals How His Son Saved His Life 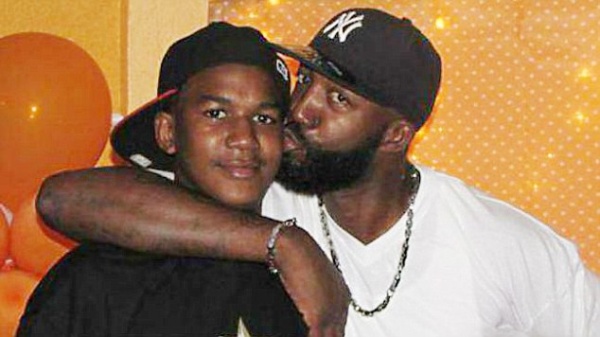 It's been five years since neighborhood watch volunteer George Zimmerman fatally shot teenager Trayvon Martin in an incident that sparked a national conversation and the phrase of the the Black Lives Matter movement, but for Martin's parents, Sybrina Fulton and Tracy Martin, the loss still feels painfully fresh.

Fulton and Martin appeared on The Daily Show to talk about the book that they've written together about their son's life and legacy, Rest in Power: The Enduring Life of Trayvon Martin. The interview took an especially poignant turn when Martin shared that his late son had actually saved his life from a house fire years earlier. According to Martin, when Trayvon was nine, he pulled an unconscious Tracy out of a house fire then called 911.

"It hurt knowing that he saved my life for me not to be able to be there February 26 to save his life," Martin said. "He’s my hero and he’s everything to me."

Fulton emphasized that Trayvon's untimely death should be a catalyst for preventing more sorrow.
"One of the things that we understood early on is that this happened to Trayvon but it’s so much bigger than Trayvon," she said. "Anybody’s teenager could be Trayvon Martin, so we can’t just keep our focus just on Trayvon, the moving forward part, the healing part, is about other children."