Will There Be A Floyd Mayweather, Conor McGregor Bout? 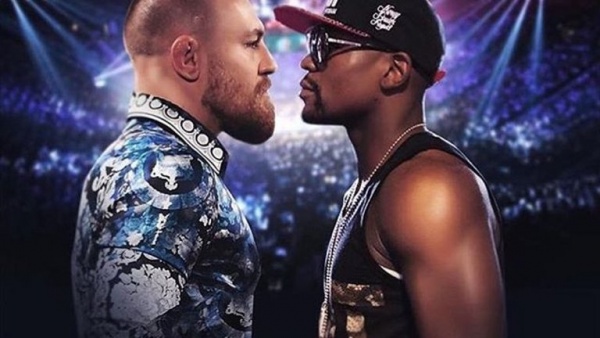 Floyd Mayweather has said he will come out of retirement to fight Conor McGregor but only if he gets paid $100m  and the Irish UFC star is prepared to take a career-high $15m, plus a minor slice of the pay-per-view revenue.

Meanwhile, the 38-year-old Manny Pacquiao, who had been hoping for a rematch with Mayweather, has agreed to defend his WBO welterweight title against a little-known Queensland schoolteacher, Jeff Horn, in Brisbane in April, according to unconfirmed reports in Australia. It is part of a three-fight farewell Pacquiao’s promoter, Bob Arum, is organising for the Filipino senator.

It is the Mayweather-McGregor fight that would create the substantially bigger buzz, however, which says much about the state of boxing and the rise of mixed martial arts. Regardless of the fact it would be a mismatch, it still might be the richest fight in either fighting discipline in 2017.

Mayweather, who turns 40 next month and retired undefeated in September 2015, has teased his fans for months with the prospect of having one more fight to surpass the 49-0 record that he currently shares with Rocky Marciano.

In an exclusive interview with ESPN, the American said: “I’m saying right here: Conor McGregor keeps telling everybody he wants the fight – let’s make it happen.

“We tried to make the fight. They know what my number is. My number was a guaranteed $100m. We’re the A-side and I don’t know how much money he has made? I’m pretty sure he hasn’t even made $10m from an MMA bout. But we are willing to give him $15m and then we can talk about splitting the percentage, the back-end percentage on pay-per view.

In his penultimate appearance in May 2015, Mayweather split a record $340m purse 60/40 with Pacquiao and boosted his take to an estimated $300m with his share of the pay-per-view. However, the cachet of both champions has faded and Mayweather has little or no interest in a rematch. Given the reaction to a bout that inevitably disappointed after serial postponements over five years, neither is there a great hunger for it among boxing fans.

“The only thing I’m probably interested in,” Mayweather added, “is the Conor McGregor fight. I’m a businessman, and it makes more business sense.”

McGregor, who recently acquired a boxing licence in California, has yet to respond.