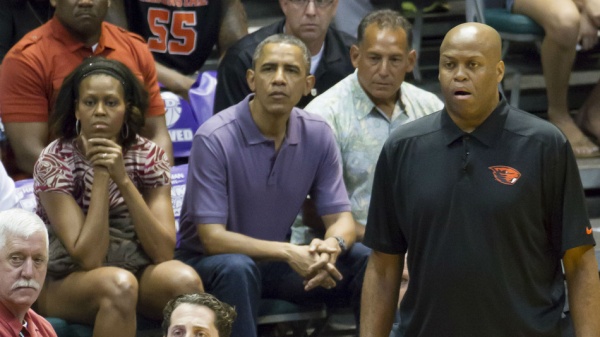 It’s so important to surround our young players with talented and experienced people that can help mentor and guide them through the different stages of their careers. Craig has an impressive set of qualifications that we feel will be beneficial to our players and our entire organization. We couldn’t be more excited to welcome him to the Bucks family.

Robinson will bring coaching experience to his new position after serving as head coach at Brown (2006-2008) and Oregon State (2008-2014). He went 124-133 in his coaching career, though he never reached the NCAA tournament.

He also worked as a college basketball analyst for ESPNU after being hired in 2014.

Per the Bucks' website, "Robinson will oversee the development and implementation of programs that support the professional and personal growth of players through education, mentorship, business and community efforts that align with the mission and goals of the Bucks organization."

In Milwaukee, Robinson will work with the NBA's youngest roster, but also one of its most promising. That means working closely with young stars such as Giannis Antetokounmpo, Jabari Parker and Khris Middleton, the core of Milwaukee's youth movement.