The Harris Doctrine: 'With GOD Anything Is Possible' 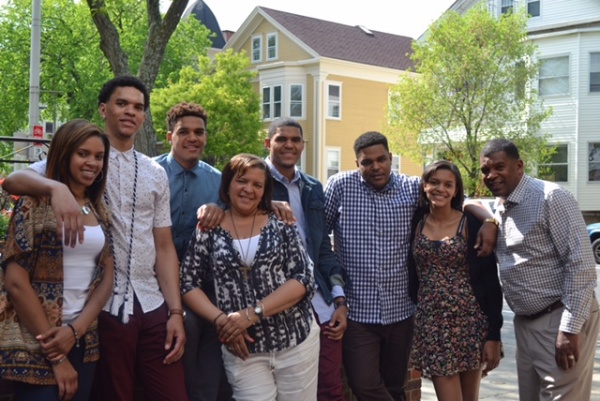 Torrel Harris is a Christian man with an abundance of faith. You can’t talk with Harris without his faith shining through, and you can see that in his six children as well, including Tobias Harris of the Detroit Pistons. On the eve of Father’s Day, Harris was preparing for the workout media pro day for another son, Tyler, who is hoping to get selected during the 2016 NBA Draft. Rolling out spoke exclusively with Harris about fatherhood, Tobias getting drafted, and more.

“Leading them, teaching them to know who God is, guiding them, so when they start their families, they can do same,” Harris said of his foundation for being the best father he could be. “Appreciate the moments, the time being with your kids.”

“I was thanking God,” Harris said, about what he remembered most about June 23, 2011, when Tobias was selected 19th overall by the Charlotte Bobcats in the NBA Draft, adding that it was confirmation that all of the hard work and sacrifices were well worth it.

As the 2016 NBA Draft approaches, Harris discussed the passion his sons have for the game. “The dedication and determination they showed, they love the game. You couldn’t tell them they weren’t going to be in the NBA!” he said.

When discussing Tyler’s path that will hopefully lead to the NBA Thursday, Harris said, “This is a beautiful plan that God has set forth.”

“The whole key is you have to believe” he said, revealing that the greatest hater of them all is always lurking. “Satan will try to [make you think] that you aren’t good enough.”

Harris then recalled advice his father gave him. “ ‘When your back’s against the wall, that means success is around the corner,’ ” he said.

Harris encourages Tyler to be confident in his workouts and interviews, because success might be right around the corner, specifically at Barclays Center in Brooklyn, New York.

This piece wouldn’t have been possible without Clyde Davis, who introduced this writer to Torrel and his family several years ago. Davis, or the Colonel as many of us in the media called him, died on Thursday, May 19, 2016, and with his death, Torrel lost a friend and I lost a man always willing to offer guidance. Happy Father’s Day, Clyde.