Shaq And Barkley Give Financial Tips To Young Players 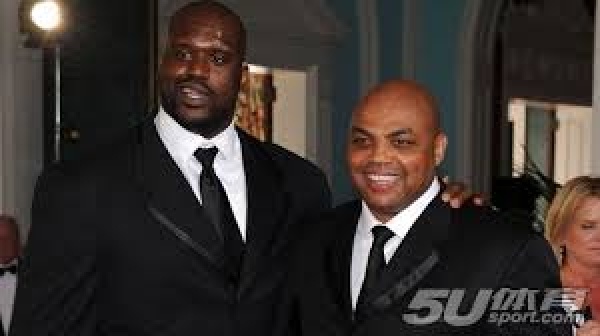 "The first thing I wanted to do was relieve my parents of their jobs," O'Neal told CNN ahead of the new 2015-2016 NBA season in Oakland, California. "I (spent) a million dollars in about 45 minutes, but it was well worth it."

The most dominant player in the league during his prime, O'Neal would go on to make a further $291 million in NBA salary alone, according to basketball-reference.com, while earning four titles before settling into life as an studio analyst for TNT's "Inside the NBA."

"My momma is happy, her house is paid for; she had the car that she knows she would never get in her dreams, a Mercedes-Benz. My father (had) one, I had one. I was good," O'Neal says, reflecting on the overnight lifestyle upgrade that affects young professionals in the world's best paying league.

"But now you have to educate yourself on how to maintain that, and a lot of people don't do that."

Off the court, O'Neal was also a prolific earner as he starred in movies and released rap albums, while endorsing a bevy of products including Reebok, Burger King and Pepsi.

But not every pro has Shaq's career longevity or earning power off the court.

In fact -- in a statistic which has become infamous to detractors of professional sports -- 60% of NBA players go broke within five years of retirement, according to a 2009 Sports Illustrated article (more alarming is the assertion that 78% of NFL players fall under financial duress within two years of exiting the league).

The NBA average salary stands at $4.7 million -- already the highest among team sports globally -- and is set to jump dramatically once the collective bargaining agreement between the players' union and the league is renegotiated in 2017.

Annual TV money flowing into the NBA will nearly triple next season to $2.7 billion, according to the Wall Street Journal. That's due to the immediate nature of watching live sports -- one of the only remaining bits of programming that advertisers are willing to pony up for.

Currently, NBA players are guaranteed to reap about half of the league's revenue in salary, and will push for a bigger slice of an exponentially growing pie in two years. That's precisely why LeBron James, the NBA's biggest star, would not sign a contract with the Cavaliers beyond 2017.

With the bank accounts of the fortunate 450 members of the league set to swell, grasping the basics of financial planning is key, say the pros.

"Advice number one: learn what annuities are," said O'Neal, as he advocated a strategy of investing in securities that offer revenue streams year after year, rather than spending on luxury items that depreciate the moment they leave the showroom.

Another option, says O'Neal, is to manage money the old-fashioned way: put most of it in the bank for retirement, which he says he did with 75% of his income.

"You want cars, you want diamond earrings, you want jewelery?" he asks. "Do whatever you want (with the other 25%)."

"But it's hard," he confesses. "Guys got families, girlfriends, stuff like that. But, a guy taught me that in 1995 and it worked, it worked for me."

The concept of saving money, however, is relative.

Even though Shaq still had millions left when his career ended, in his heyday he sported a lifestyle that cost $875,000 a month, according to public records stemming from his divorce proceedings with ex-wife Shaunie O'Neal (a monthly itemization included $24,300 on fuel, $17,200 on clothes and $6,730 on dry cleaning).

O'Neal's former on-court foe and current in-studio rival at TNT, Charles Barkley, adds that those closest to the player are often the biggest financial burdens once he makes it big.

"No matter how much money you make, it's going to be a very small window of your life."

Former Boston Celtic Antoine Walker knows what Barkley is talking about. Fueling an entourage of 70, he lost his entire $108 million fortune while racking up gambling debts of $4 million (he was also a big fan of diamond jewelery and fancy cars).

His former teammate Kenny Anderson suffered a similar fate, filing for bankruptcy at 35 after accumulating $63 million over a 14-year career. Apart from his lavish spending, Anderson racked up high child support bills after fathering seven children from five women, according to the New York Times.

Recently, news surfaced that former 13-year pro Vin Baker, who earned $97 million during his career, was training to become a manager at Starbucks.

"The number one advice I give all these guys is save your money," adds Barkley, who is financially stable, but recently confessed to incurring net losses of up to $20 million in casinos.

For the record, Barkley has said that he now sets a stop loss at the casino of a couple of hundred thousand dollars, to ensure it doesn't spoil his weekend.

"It's like anything, if you do it in moderation, it's alright," he told Seth Davis on Campus Insiders.

Saving money as a professional athlete is not as easy as it sounds.

For starters, agents can command fees of up to 4% of the contract's value, while federal and state taxes can eat up about half of what's left -- not to mention the allure of too-good-to-be-true investments.

Part of Walker's downfall was making passive investments in real estate, which banks foreclosed on during the credit crunch, through a business associate who was later jailed for running a mortgage scam.

"I always tell guys they should not invest their money until they stop playing, because if you invest once you are done playing at least you can watch (your money) and be on top of it," he told ESPN.

Walker also said it was the competitive nature inherent in athletes that caused him to buy a $350,000 Maybach car. "We are competitive and (are) always trying to outdo each other, and those things add up to us making these bad decisions," he said.

Because of stories like Walker's, the NBA took a positive first step in achieving financial stability for retired players when it agreed to deposit 1% of the league's "basketball-related income" into a pension fund as part of its 2011 deal with the players' union.

For the season ending in 2014, the contribution totaled an estimated $48 million. In addition, players are encouraged to contribute up to 10% of their earnings into the retirement scheme which kicks in at age 50.

It remains to be seen whether the NBA will emphasize the pension initiative further during the next labor agreements. A league spokesman declined to comment on the number of players who signed up for the contribution plan, citing privacy issues.

A likely scenario, however, has players and the league battling on two key issues: an owner proposed "hard cap," instituting a strict ceiling on cumulative team salaries, and a curb on guaranteed contracts, which can burden owners with nine-figure payments for players who succumb to career ending injuries or eroding skills.

Kobe Bryant, who recently announced he will retire at the end of this season, is now the league's highest paid player.

The LA Lakers star hauled in nearly $54 million over the past two seasons while appearing in only 41 games due to a variety of injuries.

O'Neal, who in his second-to-last season received $20 million from the Cleveland Cavaliers despite making limited appearances due to injury, understands the plight of the owners.

"There's going to be a lot of money coming up, but the only downside to that is a lot of organizations pay the guys (millions) and then the guys don't perform," he says. "And then they want to go back and complain, 'Oh, we're paying this guy too much.'"

Another argument suggests that a player is less likely to be motivated once his finances are secured for up to six years (currently the maximum length of an NBA contract).

"Sometimes guys start making money, they don't want to be a great player," says Barkley, who earned a relatively paltry $40 million during his Hall of Fame career.

"You ask me, that's probably the biggest difference when I played to now. Now they just give you money. Back in my day ... you used to work hard to get a lot of money. Now they give everybody a lot of money because of the television revenue."

The finest in the game, however, are not motivated by money in the first place, according to "Inside the NBA" host Ernie Johnson.

"For the best, I don't think it's changed the way the game is played at all," he says, while accepting that other players only rise to the occasion during "contract years" when their salaries are set to expire.

Kenny Smith, who won two championships as a starting point guard with the Houston Rockets, concurs: "If you concentrate on the amount of money you're going to make, you're not going to be a good player."

Playing in a pre-TV windfall era from 1987 to 1997, Smith earned $13 million in total and never more than $2.7 million in any year. "Chasing a dollar never motivated the best players. Chasing to be the best always motivated them and then the dollars just flowed in," he offers.

Nevertheless, there is a sense among the truly great players that however much money they earned, they probably should have been paid even more.

"If DeAndre Jordan is making 20 (million), how much would I have made?" asks O'Neal, referring to the Los Angeles Clippers center, the fifth-highest scorer on his team.