Hillary May Be Better for Blacks Than Barack 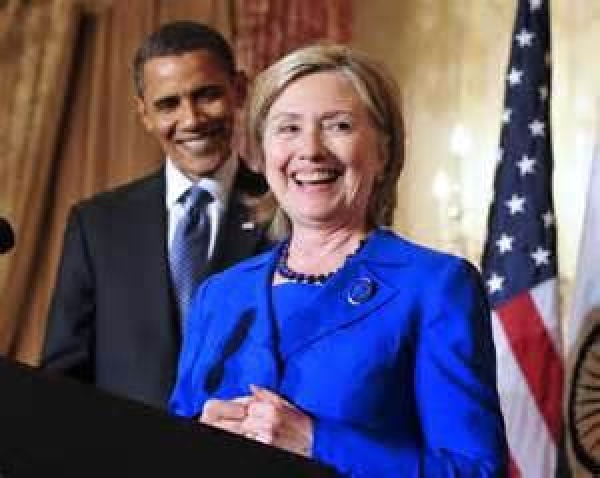 Dyson joined HuffPost Live on Tuesday and explained how white privilege will help Clinton further the interests of black Americans, should she win the presidency come 2016.

In "Yes She Can," Dyson's latest piece for The New Republic, the Georgetown professor details Clinton's journey on racial issues and predicts that, despite her husband's problematic legacy on race -- exemplified by his crime and welfare reform policies -- Clinton will have the chance to push change in ways that eluded Obama. Dyson argued that Clinton, free from the stigma of blackness and the potential for perceived bias, would be able to speak more freely on issues of race than Obama ever could.

As Dyson explained, "sometimes President Obama didn't have permission to be black in public," which Dyson believes caused Obama's initial reticence to take a leadership role on race.

"I'm not suggesting that Barack Obama give the 'black power' sign and start quoting Kendrick Lamar, although I'd like to see him quote Kendrick Lamar," Dyson said. "He could say, 'I believe in targeted policy that directs its interests towards those who are most needy.' In this case, the most vulnerable happen to be African American people."

Dyson also compared Clinton to her Democratic competitor Bernie Sanders, whose legacy on civil rights issues and commitment to economic equality could make him a viable option for some black voters. Although Dyson admires the Vermont senator, he said he thinks Clinton has a better chance of making it all the way to the White House.