Blackonomics: Selling Out And Buying In 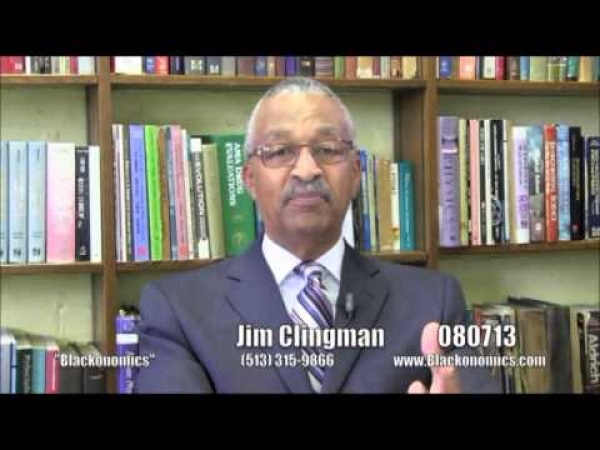 Date Posted: Tuesday, September 1st, 2015
During the enslavement period of Africans in America, the Meritorious Manumission Act of 1710 was enacted in Virginia. It was the legal act of freeing a slave for “good deeds,” as defined by the national public policy, and could be granted to a slave who saved the life of a White master or his property, invented something from which a slave master could make a profit, or “snitched” on a fellow slave who was planning a slave rebellion or to run away. Let’s assume that’s where the term “selling out” came from. Three hundred years later, Black folks are still dealing with sell-outs, but I think we should take a different look at this issue. Selling out is a very negative term, especially among Black folks; but for those who sell-out, it seems to be a very profitable term. Some of our prominent Black spokespersons are very well off financially because they sold out. They started out as strong Black advocates and activists, and now they are nothing more than sycophants for various causes, political parties, businesses, and politicians. I have often been told that everyone has a number, a price they would accept to sell-out. I wonder what the number was for Marcus Garvey – I wonder if he even had a number. When I listen to his speeches and read his papers, I doubt it.

Also, I think about MLK and how much it would have taken for him to sell-out. Although many do have a special number, a price for which they would sell-out, there have been and still are some who did not and seemingly will not sell-out, no matter what. That’s where economic empowerment applies. The more self-reliant we are, the less apt we are to sell-out because we have our own economic independence and cannot be bought. Oh that our leaders were all economically secure and had a high level of consciousness; where would we be now? Business ownership and control, with the ability to create jobs, as well as a code of conduct among our people, yes, complete with penalties and sanctions, would curtail the inappropriate behavior of selling one another out. Some of our “leaders” are known for selling us out, and we know who they are; I don’t know how they are sleeping, but I know they are eating pretty well from having done so. They rail against “the man” or criticize us, their brothers and sisters, in order to obtain their manumission. The question is: Are they really to blame for our demise? As I said, we know who they are, so I ask, “What is our role in their actions?” Are we really enablers for these Benedict Arnolds? This brings me to the second part of this article’s title – the buying in part. Some of us, despite knowing who the culprits are, are like Pavlov’s dog, salivating at every word they speak and hoping for a treat or some other reward because we have been so obedient to them. So who’s the real culprit in the sell-out game? The one selling out or the one(s) buying in? We will always be sold out if we keep buying in to the empty rhetoric and promises of good times to come. We will continue to complain about the sell-outs, but we will also continue to be left out of the prosperity they enjoy. Carter G. Woodson said, “Negroes, choose their leaders but unfortunately they are too often of the wrong kind. Negroes do not readily follow persons with constructive programs. Almost any sort of exciting appeal or trivial matter presented to them may receive immediate attention and temporarily at least liberal support.” We choose and follow sell-outs with great zeal, so we should stop blaming them and start blaming ourselves. The sell-out/buy-in game is most prevalent in political circles, or at least connected to politics in some way or another. Black people are divided over the most trivial political issues, unlike other groups that couldn’t care less – they care about economics. Blacks are also divided over personalities, and as Carter G. Woodson said, we usually go with the mis-leading, do-nothing politicians, and the ones who are scared to make waves. You know the type; docile, non-threatening, scratching and grinning, and all talk but no action. But so what? They are gettin’ paid and lovin’ it. We are the ones who are suffering because, even though we are holding fast and not selling out, we are buying in to the sell-outs’ mission; so we may as well be selling out ourselves. The point is that we should stop concentrating so much on who is selling out and spend more time dealing with the fact that many of us are buying in to what they say and do. We must be critical thinkers and let these manumission seekers know that while they may continue to sell-out, we will not continue to follow them. That’s on us, brothers and sisters, not them.