John Singleton's Sudden Death Is A Warning To African Americans 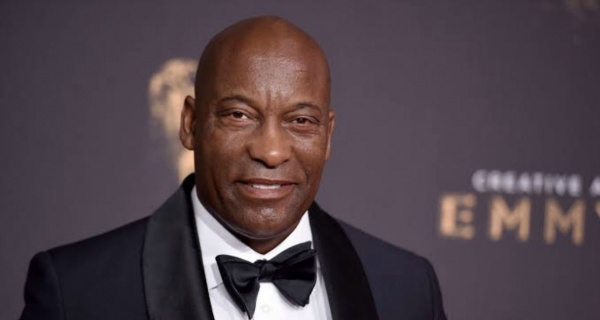 Singleton suffered a massive stroke less than two weeks ago, and he died Monday after being removed from life support, his publicist said. He was 51.

African-Americans have the highest prevalence of high blood pressure, a primary risk factor for stroke and heart disease, according to the American Heart Association.

In a statement, his family urged others to be aware of signs high blood pressure, often described as a silent killer.

“More than 40% of African American men and women have high blood pressure, which also develops earlier in life and is usually more severe. His family wants to share the message with all to please recognize the symptoms by going to Heart.org.”

The family said in a statement that it was an "agonizing decision, one that our family made over a number of days," to remove the Oscar-nominated director and screenwriter of "Boyz n the Hood" from life support.

More than 795,000 Americans each year suffer a stroke. About 140,000 people die each year from stroke, the nation's fifth leading cause of death, according to the Centers for Disease Control and Prevention.

It's unclear which type of stroke that Singleton suffered. A hemorrhagic stroke occurs when an artery in the brain leaks or ruptures. These types of strokes can be caused by conditions such as high blood pressure or aneurysms, according to the CDC.

"Hemorrhagic strokes tend to be strokes with the worse prognosis," says Whelton.

Ischemic stroke is more common, often caused by narrow or clogged blood vessels in the brain that halt blood flow to brain cells, according to the American Heart Association and American Stroke Association.

In addition to high blood pressure, risk factors for stroke include smoking, diabetes, diet, high cholesterol, obesity, and inactivity, according to ASA. Those with heart disease and other conditions such as carotid or peripheral artery disease also are risk factors.

Whelton says some can change behaviors to lower their blood pressure. That might include converting to a heart-healthy diet that contains fruits and vegetables, as well as increasing aerobic activity.

For those who are unable to lower their blood pressure through lifestyle changes, there are a range of blood pressure-lowering medications, Whelton says.

An estimated 103 million Americans have high blood pressure, and should change their lifestyle or take medication to maintain cardiovascular and heart health. That number –nearly a third of the country – is based on clinical guidelines adopted in 2017 by the American College of Cardiology, the American Heart Association and other groups.