Key Takeaways From Trump’s Effort to Overturn the Election 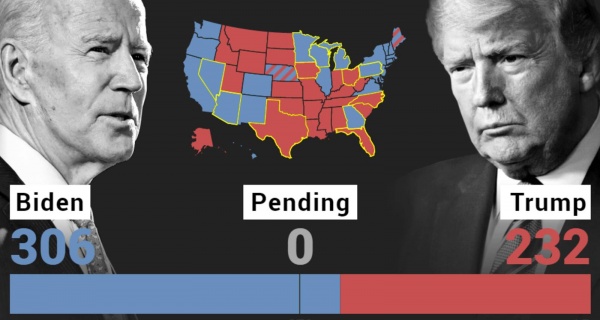 A Times examination of the 77 days between election and inauguration shows how a lie the former president had been grooming for years overwhelmed the Republican Party and stoked the assault on the Capitol.

For 77 days between the election and the inauguration, President Donald J. Trump attempted to subvert American democracy with a lie about election fraud that he had been grooming for years.

A New York Times examination of the events that unfolded after the election shows how the president — enabled by Republican leaders, advised by conspiracy-minded lawyers, and bankrolled by a new class of Trump-era donors — waged an extralegal campaign that convinced tens of millions of Americans the election had been stolen and made the deadly Jan. 6 assault on the Capitol almost inevitable.

Interviews with central players, along with documents, videos, and previously unreported emails, tell the story of a campaign that was more coordinated than previously understood, even as it strayed farther from reality with each passing day.

Here are some key takeaways:

As some lawyers on Trump’s team pulled back, others were ready to press ahead with suits skating the lines of legal ethics and reason

Within 10 days of the election, even as Mr. Trump and his supporters promoted allegation after allegation of voter fraud, his team of election lawyers knew that the reality was the inverse of what Mr. Trump was presenting: They were not finding substantial evidence of malfeasance or enough irregularities to overturn the election.

That reality was hammered home on Nov. 12, when final Arizona results showed Joseph R. Biden Jr. with an irreversible lead of more than 10,000 votes that rendered the legal team’s main lawsuit in that state — which had identified 191 ballots to contest — moot.

At an Oval Office meeting that day, the election lawyers squared off against the president’s personal lawyer, Rudolph W. Giuliani, over Mr. Giuliani’s embrace of questionable legal tactics and conspiracy theories like one that Dominion voting machines had transformed Trump votes into Biden votes.

Ultimately, Mr. Trump decided to give Mr. Giuliani leadership of the entire legal strategy, making Nov. 12 the day when Mr. Trump’s effort to reverse his loss in the courts became an all-out, extralegal campaign to disenfranchise millions of voters based on the false notion of pervasive fraud.

The Dominion conspiracy theory taking root among the president and many of his supporters had been weeks in the making. In late October, an obscure conservative website, The American Report, was pushing stories about a supercomputer called The Hammer that it said was running software called Scorecard to steal votes from Mr. Trump.

The theory found amplification the day before the election on the podcast of Mr. Trump’s former political strategist, Stephen K. Bannon, who invited two proponents of the theory onto his show to speak about it: Thomas McInerney, a retired Air Force lieutenant general who had previously been banned from Fox News for lies about Senator John McCain’s record as a prison of war in Vietnam, and Sidney Powell, a lawyer who would become one of Mr. Trump’s most controversial and unbridled defenders.

Trump was enabled by influential Republicans motivated by ambition, fear, or a misplaced belief that he would not go too far

Mr. Trump was given vital room to run by key Republicans, especially the Senate majority leader, Mitch McConnell, who made an early decision to join his fellow party members in breaking from the tradition of recognizing the victor after the major television networks and The Associated Press called the race.

Mr. McConnell feared alienating a president whose help he needed in two Georgia Senate runoffs that would decide his control of the chamber. He also heeded misplaced assurances from White House aides like Jared Kushner that Mr. Trump would eventually accede to reality, people close to the senator told The Times. His later recognition of Mr. Biden’s victory would not be enough to stop 14 Republican senators from joining a late effort to nullify millions of Americans’ votes just ahead of Jan. 6.

The Texas attorney general’s Supreme Court lawsuit seeking to effectively wipe out 20 million votes in four battleground states won by Mr. Biden was secretly drafted by lawyers close to the White House, The Times found. Two-thirds of the country’s Republican state attorneys general, 18 in all, would join an amicus brief, but only after senior officials in several of their offices raised red flags.

“It is most likely that the court will deny this in one sentence,” North Dakota’s deputy solicitor general, James E. Nicolai, wrote in an email to his boss.

On Dec. 11, the court did just that, ruling that Texas had no right to challenge other states’ votes. Three days later, the Electoral College affirmed Mr. Biden’s win.

At a White House meeting four days later, Mr. Trump met with Ms. Powell, and two prominent associates: the former Overstock.com chief executive Patrick Byrne, who was financing his own team of “cybersleuths” to help prove voter fraud, and Michael T. Flynn, the disgraced and newly pardoned former national security adviser who had by then publicly raised the notion that Mr. Trump should declare martial law. The session descended into a shouting match between the three and members of Mr. Trump’s White House team, including his White House counsel, Pat Cipollone.

“It was really damned close to fistfights,” Mr. Byrne recalled on the “Operation Freedom” YouTube show.

Ultimately, Mr. Trump agreed to focus on a different goal: blocking congressional certification of the results on Jan. 6.

With attention focused on the president’s daily tirades and subversive maneuvers, a group of activists — little known but increasingly influential — was going town to town in MAGA-red buses, holding rallies to pressure key senators to contest the vote. The bus tour was organized by a group called Women for America First.

The group would help build an acutely Trumpian coalition that included sitting and incoming members of Congress, rank-and-file voters, and the “de-platformed” extremists and conspiracy theorists promoted on an early version of its “Trump March” home page — since deleted but found through the Internet Archive — including the white nationalist Jared Taylor, prominent QAnon proponents, and the Proud Boys leader, Enrique Tarrio.

Women for America First had various ties to the president and those close to him. Its leader, Amy Kremer, was a leading organizer of the Tea Party era and an early supporter of Mr. Trump, having started a Women for Trump super PAC in 2016. And two of the group’s organizers had their own important ties. One, Jennifer Lawrence, knew Mr. Trump through her father, who had done business with him; another, Dustin Stockton, had credibility in the gun-rights community as a coordinator with Gun Owners of America. Both had worked with Mr. Bannon as well.

Among the sponsors of the bus tour were Mr. Bannon and Mike Lindell, the founder of MyPillow, who says he has spent $2 million so far investigating voting machines and foreign interference. Mr. Lindell, along with Mr. Byrne, was part of a shift taking place in the Republican Party as traditional donors withdrew from what became an open attack on the democratic system, and new donors rose to finance the stolen-election narrative.

Women for America First was the original organizer of the Jan. 6 rally in Washington. But at the turn of the year, Mr. Trump decided to join the rally himself, and the event effectively became a White House production, with several people close to the administration and the Trump campaign joining the team.

The former Trump campaign adviser Katrina Pierson was the liaison to the White House, a former administration official said. And the president discussed the speaking lineup, as well as the music to be played, according to a person with direct knowledge of the conversations.

Mr. Stockton, the bus-tour organizer, said that he had been surprised to learn that the protest would include a march from the Ellipse to the Capitol. That march — the prelude to the riot — had not been the plan before the White House became involved.