Wisconsin Sen. Ron Johnson Tied Himself To Donald Trump. Where Does That Leave Him Now? 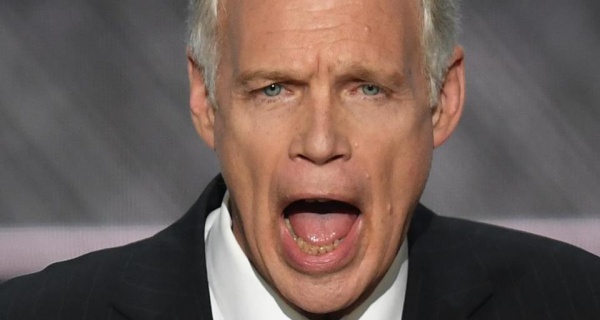 After Donald Trump lost his reelection bid, most Senate Republicans, his Justice Department, and the courts dismissed or disputed his baseless claims about a “stolen election.” Not Wisconsin Sen. Ron Johnson.

The GOP senator used his chairmanship of the Senate Homeland Security Committee to highlight Trump’s allegations, claiming millions of Americans “have real, legitimate suspicions that this election was stolen” and worrying about “so many irregularities here.”

That sort of fealty to Trump has endeared Johnson to the far-right base in his state, but it could prove costly if he decides to seek a third term in 2022. As Johnson weighs whether to run again, his embrace of Trump’s anti-democratic campaign to overturn the election results already has angered some mainstream Republican allies, and is poised to motivate Democrats who have ridden opposition to Trump to new strength in the state.

Observers note that Johnson, who rose out of the tea party movement more than a decade ago, has often behaved like a senator from a solidly red state. But November’s election demonstrated that Wisconsin, which Democrat Joe Biden won by fewer than 21,000 votes, is anything but. The fight for his seat will be among the most competitive races next year.

“I think if the election were a week from now he would be in a world of hurt,” said Fond du Lac County Republican Party Chair Rohn Bishop. Bishop criticized fellow Republicans like Johnson who parroted claims of illegal election activity, even as he remains a Johnson backer. But he notes that Johnson is at risk of losing moderate voters critical to winning.

“It may hurt him with the suburban voters. ... The election wasn’t stolen, and it’s hard to convince people they should vote for you when you try to throw away their legally cast ballots.”

Johnson has long been aligned with Trump’s hard-line policies and politics. He led the push to investigate Biden’s son Hunter and rarely broke with the White House. Still, some Republicans were surprised to see the senator lend credence to Trump’s post-election schemes, which included an attempt to throw out the ballots of 238,000 voters in the majority-Democratic areas of Milwaukee and Madison.

Johnson’s hearing on Dec. 16 to look into unfounded election fraud complaints largely perpetuated Trump’s baseless claims. And on Jan. 6, just before the U.S. Capitol was stormed, Johnson objected to counting the Electoral College votes from Arizona.

The editor of the conservative website Right Wisconsin published a scathing column hours before the riot, saying that Johnson was on a “reckless path” by questioning the integrity of the election and that he should retire and would lose if he ran again.

After the riot, Johnson did not vote to object. Still, the Milwaukee Journal Sentinel, Wisconsin’s largest newspaper, called for Johnson to resign for “stoking an insurrection.”

Johnson responded with a column in the newspaper calling the editorial “unhinged and uninformed.” The Journal Sentinel took the rare step of annotating his response, providing 19 footnotes with additional context, fact-checking and corrections.

The Wisconsin State Journal, the state’s second-largest newspaper, has also called for Johnson’s resignation, and the anti-Trump Republicans behind The Lincoln Project have targeted Johnson for defeat, citing his support for election conspiracy theories and comparing him with disgraced former Wisconsin U.S. Sen. Joe McCarthy.

Johnson remains popular with the GOP grassroots, a key factor as he mulls whether to run again, said GOP strategist Brian Reisinger, who worked on Johnson’s 2016 campaign. He noted that Johnson has been able to overcome naysayers who didn’t give him much of a chance of winning, first against then-incumbent U.S. Sen. Russ Feingold in 2010 and again in a 2016 rematch.

“There’s a lot of people who look at Ron Johnson, and they see the political durability that he’s had over the years despite being a dead man walking twice before,” Reisinger said.

Johnson in 2016 pledged not to seek a third term, but backed off three years later, saying he wanted to see how the 2020 election turned out. He has also said he’s considering running for governor in 2022.

Johnson, 65, has said in recent weeks that he has not yet made a decision.

“My bias has always been (to serve) two terms and go home,” Johnson told the Milwaukee Journal Sentinel last month before Democrats won a pair of Georgia runoff elections to take majority control of the Senate. “That continues to be my preference, but at the same time, the Senate is kind of a firewall against total control by Democrats, which would be, I think, a very bad thing for this country.”

Johnson and his spokesperson Ben Voelkel declined to comment on his plans.

Republicans already have three Senate vacancies to defend. Richard Burr of North Carolina, Pat Toomey of Pennsylvania and Rob Portman of Ohio have said they will not run again in 2022. GOP Sen. Chuck Grassley of Iowa, who turns 89 in 2022, is also on the ballot, and two-term Missouri Republican Roy Blunt has not said whether he’ll seek a third.

If Johnson retires, it likely would be a free-for-all on both sides.

Alex Lasry, the senior vice president to the Milwaukee Bucks who helped spearhead the successful effort to get the 2020 Democratic National Convention in Milwaukee before the coronavirus sent the event nearly entirely online, is also considering a run. Lasry is the son of billionaire hedge fund manager and Democratic bundler Marc Lasry and could potentially self-finance his run.