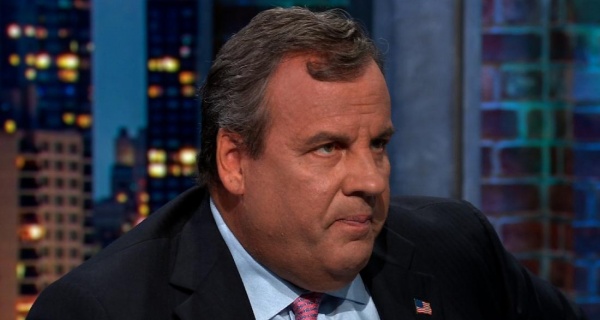 Former President Donald Trump and his loyalist supporters have alleged, without evidence, that Biden and the Democrats "stole" and "rigged" the election. There is no basis to this extraordinary claim, and lawsuits attempting to overturn the election results filed by the former president and his supporters have failed dozens of times in state and federal courts.

Although Christie was a longtime ally to Trump, he has forcefully criticized the ex-president's claims about the election.

"This election was not stolen. All of the facts point in that direction," the Republican politician asserted during a segment of ABC News' This Week on Sunday.

Christie pointed out that he is a former prosecutor and relies on facts and evidence to make decisions.

"The evidence here has shown right from the beginning that, while every election has some irregularities and I'm sure this one did, too—there were no type of irregularities that would have changed the result in any one state, let alone the four states that would need to have been changed for the result of the election to have been changed," he explained.

Christie then condemned Republican lawmakers who continue to push baseless conspiracy theories about the election.

"Folks in my party who are doing that quite frankly are just trying to make political points with those people who the president and others lied to about this over the course of the 10 weeks after the election," he said. "And it's shameful that they're doing it."

Newsweek reached out the Republican National Committee for comment, but did not immediately receive a response.

Even judges appointed by Trump and other Republicans have noted in their decisions in election lawsuits filed by the former president and his supporters that lawyers did not provide evidence to back their allegations. Former U.S. Attorney General William Barr, who was widely viewed as one of Trump's most loyal and effective Cabinet members, said in early December that there is "no evidence" of fraud that would change the outcome of the election.

The Cybersecurity and Infrastructure Security Agency under the Department of Homeland Security, which was led by a Trump appointee, asserted in a November statement that the election was "the most secure in American history." The federal agency added that "there is no evidence that any voting system deleted or lost votes, changed votes, or was in any way compromised."

But Trump continued to mislead many of his supporters, calling them to Washington, D.C. for "wild" demonstrations on January 6, when Congress convened to certify Biden's Electoral College victory. At a rally near the White House, the then-president told his supporters to "fight like hell" and to march to the U.S. Capitol. A mob of pro-Trump rioters then stormed the legislative building, with some threatening to harm or kill lawmakers. As the violence—which left five people dead—unfolded, Trump released a video on Twitter telling his supporters he loved them and that they were "very special."

A week later, on January 13, the House of Representatives formally impeached Trump for a second time due to his role in helping to incite the violent insurrection. Ten Republican House members voted alongside their Democratic colleagues to impeach the then-president. But whether the Senate will vote to convict Trump and potentially bar him from holding elected office in the future remains to be seen.

The Senate trial is set to begin the week of February 8.

Senate Minority Leader Mitch McConnell, a Kentucky Republican, is reportedly open to voting to convict the president, as he is concerned about Trump's continued influence on the Republican Party. In a recent letter to GOP colleagues, McConnell said he plans to listen to the arguments presented by the president's lawyers as well as the prosecution before making a determination.

Senator Mitt Romney, a Utah Republican who voted to convict Trump alongside Democrats during the former president's first impeachment trial nearly a year ago, said Sunday that he believed Trump's actions amounted to impeachable conduct.

"Yes, I believe what is being alleged and what we saw—which is incitement to insurrection—is an impeachable offense," Romney told CNN's State of the Union. "If not, what is?"

Notably, Christie previously said that he'd vote to impeach Trump if he was serving in Congress. "I think if inciting insurrection isn't [impeachable], then I don't really know what is," he told ABC News last Sunday.