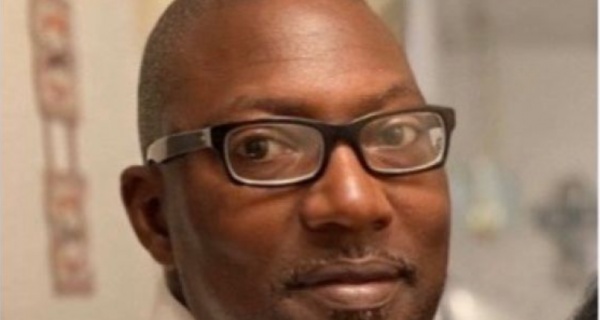 The recent police killing of an unarmed Black man in Texas is under investigation by multiple law enforcement agencies as questions mount about how what should have been a nonviolent encounter turned into a deadly shooting.

Patrick Warren Sr. was killed Sunday after an officer responded to his family’s attempt to contact mental health professionals when they noticed his behavior changing at their home in the town of Killeen. But it was still unclear why the Killeen Police Department officer felt the need to not only Taser Warren — a 52-year-old man who, again, was unarmed — but also actually shoot him to death.

S. Lee Merritt, the civil rights attorney retained by Warren’s family, described an overly aggressive police encounter that places a spotlight directly on the still-unidentified officer’s reckless, hasty and preventable actions. He also touched on how perilous mental wellness checks conducted by police have become for Black people, in particular.

That’s when one of the officers shot Warren, aimed the gun at Warren’s wife, then shot Warren again, according to the press release. It was unclear how many times Warren was shot, but it was at least twice.

Local news reports lacked those and other details, instead opting to provide the police’s narrative that seemingly places blame on “an emotionally distressed man.” Like those same local news reports, a press release from the Killeen Police Department failed to mention why the officer decided to Taser and shoot Warren.

Warren’s family is demanding the officer’s firing and arrest along with the release of all body camera video footage.

The Texas Rangers have joined the Killeen Police Department in the investigation into the shooting.

In the meantime, another Black family is left without their patriarch or any real answers because of preventable police violence.

“I’m raising money for my father who was tragically killed by Killeen Police 1/10/2021 in front of his family in a nonviolent encounter,” Patrick Warren Jr. wrote on the online crowdfunding site.

He said the coronavirus pandemic already had them in a bad place before the shooting, which has only exacerbated their living circumstances.

“My father was the sole provider for his family,” Warren Jr. added. “He had a life insurance policy but with the rise of Covid 19 he was let go from his job and the policy expired 3 months ago. Anything you could contribute big or small would be greatly appreciated!”

Merritt addressed the phenomenon of police resorting to lethal force when confronting someone in mental distress.

“A mental health call should not be a death sentence,” he said.

Unfortunately, the trend has shown no sign of slowing. In a high-profile example, police in upstate New York killed Daniel Prude, who was naked at the time. Prude died from asphyxiation after police placed a hood over his head last March.

About six months later, Damian Daniels, a military veteran, was shot twice in the chest in front of his newly purchased home in Texas after cops were dispatched there to perform a wellness check in September.

Priot to these instances, police in Oregon killed Andre Catrel Gladen, who was legally blind and on medication for bipolar disorder, in 2019. His family said the cops should have suspected that he had mental health issues. In 2018, officers from the Broward County Sheriff’s Office shot and killed Jarvis Randal, who was armed with a piece of glass, in a Florida mental health facility. Earlier that year, sheriff’s deputies in San Mateo County, California, were accused of using excessive force to apprehend Chinedu Valentine Okobi, who had been walking in and out of traffic. Two deputies tasered Okobi multiple times to subdue and place him in handcuffs. His family said he was suffering from mental illness.

In one of the most notorious instances of police using deadly force in response to someone suffering from mental illness, officers from the NYPD killed Saheed Vassell when four cops — one in uniform, three in plainclothes — killed the 34-year-old in a hail of 10 bullets on a Brooklyn sidewalk in 2018. The officers responded to calls about a Black man with a gun. It turned out that Vassell, who reportedly suffered from bipolar disorder, was actually holding a pipe. No firearm was found at the scene and a witness said police didn’t use any de-escalation tactics when they fatally shot Vassell within seconds of arriving.