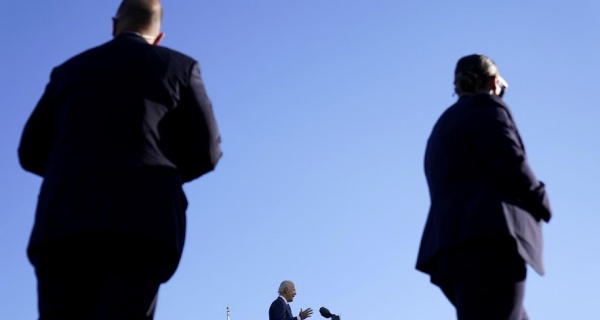 *Agents familiar from time as vice-president to return

Joe Biden is expected to receive Secret Service protection with a new team that is more familiar to him and replacing some agents amid concerns that they may be politically allied with Donald Trump.

In a changing of the guard as well as the man to be guarded at the White House, Biden’s security detail will undergo some staffing changes, the Washington Post reported on Thursday.

Several “senior” Secret Service agents are poised to return to the president-elect’s protection team and Biden knows these agents well because they guarded him and his family during his time as vice-president, according to the article, echoed in a report by CNN, citing a law enforcement source.

Re-assignments and promotions are common during transition periods between presidential administrations and are meant to increase comfort and trust between a president-elect and his security team, who shadow the commander-in-chief closely, including during private moments and sensitive discussions.

Although staffing changes are typical, several incidents reportedly contributed to the heightened concerns from Biden’s allies that some agents and officers might be loyal to Trump.

Some members of the president’s detail reportedly urged their colleagues not to wear masks during trips, for example – despite the federal government’s official guidance on Covid-19 – as Trump himself disparaged mask-wearing and held out for months before being seen wearing one in public.

In what was described as an “unprecedented” move, the Secret Service had permitted former detail leader Anthony Ornato to temporarily leave his role and serve as White House deputy chief of staff.

Ornato was among the coordinators of the June photo op for which Trump marched through Washington DC’s Lafayette Square to stand with a Bible – after peaceful protesters were forced from the area by troops on federal order, sparking uproar in political circles as well as among the public.

Ornato also assisted in the planning of many Trump campaign rallies even as Covid-19 tore through the US and gatherings were being discouraged or banned outright. In addition to members of the public, many Secret Service members contracted coronavirus or were exposed.

The Secret Service declined to discuss the reports. Biden has had a security detail since March, when he was campaigning for the Democratic nomination.

While former vice-presidents are given a security detail for six months after leaving office, he formally requested Secret Service protection after protesters rushed on to the stage at a campaign rally, CNN said.