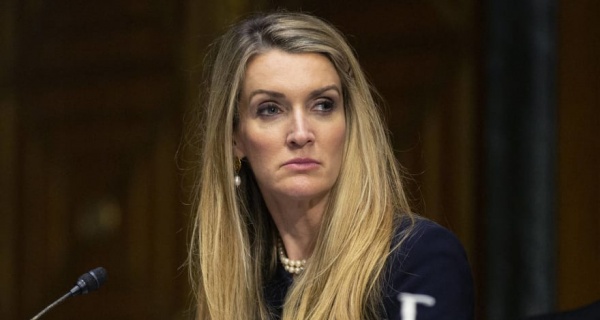 A group of Black pastors, mostly from Georgia, penned an open letter to Republican Sen. Kelly Loeffler and her campaign this weekend to respond to recent attacks from Loeffler against Democratic Senate candidate Rev. Raphael Warnock's faith and sermons.

The coalition of pastors said in the letter that they see Loeffler's attacks against Warnock "as a broader attack against the Black Church and faith traditions for which we stand." The group called on Loeffler to stop her attacks on the Senate candidate.

"We call on you to cease and desist your false characterizations of Reverend Warnock as 'radical' or 'socialist,' when there is nothing in his background, writings or sermons that suggests those characterizations to be true, especially when taken in full context," the letter reads.

The letter, which was first reported by the New York Times, comes amid a heated Senate runoff race between Loeffler and Warnock set for January 5.

In recent weeks, ads from Loeffler and the Republican Party have, for the most part, targeted Warnock. These ads and attacks pull clips from sermons Warnock has delivered, including many that occurred while he has served as the senior pastor of Ebenezer Baptist Church in Atlanta -- a historic Baptist church where Dr. Martin Luther King, Jr. used to preach.

An example of the attacks from the Loeffler campaign include using footage of a sermon Warnock delivered in 2011 in which he said that "nobody can serve God and the military." Warnock has defended saying this, telling Loeffler during a debate on December 6 that the line he referenced has roots in biblical passages.

Warnock tweeted the New York Times article out earlier Sunday, saying, "My faith is the foundation upon which I have built my life. It guides my service to my community and my country. @KLoeffler's attacks on our faith are not just disappointing — they are hurtful to Black churches across Georgia."

Loeffler responded via tweet, saying, "No one attacked the Black church. We simply exposed your record in your own words. Instead of playing the victim, start answering simple questions about what you've said and who you've associated yourself with. If you can't — you shouldn't be running for U.S. Senate."

Warnock then responded to Loeffler's tweet with a picture of Loeffler posing for a selfie with a former KKK leader after an event in Dawsonville, Georgia, two weeks ago. The back and forth continued with Loeffler subsequently posting a photo of Warnock listening to former Cuban dictator Fidel Castro speaking at the church Warnock worked as a youth pastor at in New York 25 years ago.

Loeffler's campaign has disavowed the photo posted by the KKK leader, telling the Atlanta Journal-Constitution, "Kelly had no idea who that was, and if she had she would have kicked him out immediately because we condemn in the most vociferous terms everything that he stands for."

Warnock has also said he had no role in inviting Castro to the church he used to work at and says he does not support what Castro stood for. "He has nothing to do with me. Never met him, never invited him. I believe in the American system of free enterprise," Warnock said on The View last week.