Even Pat Robertson Thinks It’s Past Time For ‘Erratic’ Trump To ‘Move On’ From Election: He Lives In ‘Alternate Reality’ 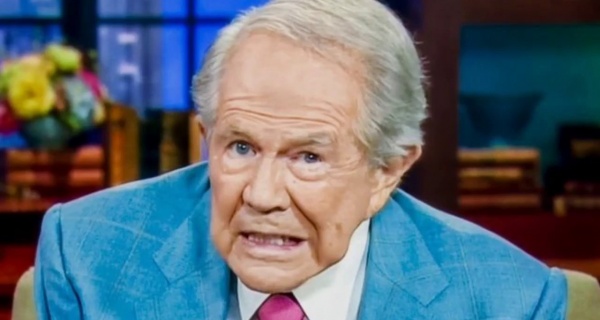 Pat Robertson thinks that President Donald Trump is being “erratic” and needs to move on from his “alternate reality” about the election.

Back in October, Roberton said God told him Trump would win. He encouraged people to get out and vote before adding, “It’s going to lead to civil unrest, and then a war against Israel and so forth.”

Even after the election was called for Joe Biden, Robertson still publicly said “it isn’t over yet.”

But on Monday, in a segment-first flagged by Right Wing Watch, after The 700 Club aired a report about Trump considering a 2024 run, Robertson actually said, “With all his talent and the ability to raise money and grow large crowds, the president still lives in an alternate reality. He really does. People say, ‘Well, he lies about this, that, and the other.’ No, he isn’t lying. To him, that’s the truth.”

Robertson added Trump shouldn’t run in 2024, saying such a move would be a “mistake” and a “sideshow.”

Robertson commended Trump on the economy, but made a point of highlighting false claims Trump made over the years and said, “He is very erratic and he’s fired people and he’s fought people and he’s insulted people… It’s a mixed bag.”

Earlier on in the program, Robertson acknowledged Biden’s victory, and he later went on to add it’s time to say to Trump “you’ve had your day and it’s time to move on.”

Robertson went on to say he’s alarmed by socialism in the United States, before adding, “We don’t need a sideshow for 2024.”