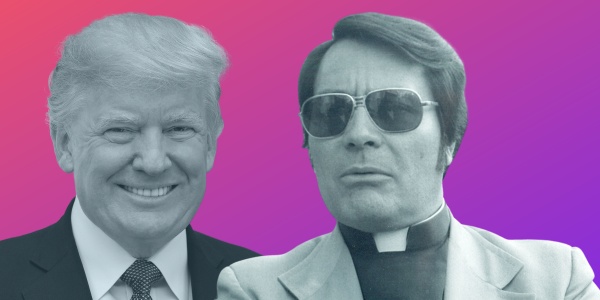 Jackie Speier was a legislative counsel working for a California congressman when she was left for dead on an airport runway in Guyana, South America, in 1978. She was investigating Jim Jones, a charismatic religious leader whose Peoples Temple had come under scrutiny from parents alarmed at his hold over their young adult children.

Speier was shot five times by Jones loyalists and played dead in order to survive. Her boss, Rep. Leo Ryan, was killed, together with two members of an NBC crew following the story and countless others attempting to leave, including several defectors. That was only part of the massacre. Back at the commune Jones had established, 909 of his ardent followers followed him in a murder-suicide pact, downing a cyanide-infused flavored drink, an act of true believership that has since become known as “drinking the Kool-Aid.”

Parents got some 300 children to consume the poison, behavior that four decades later can only be understood in the context of a cult. It took Speier multiple surgeries and years to recover. Today, at age 70, she is a seven-term member of Congress representing the Bay Area of California. She spoke with The Daily Beast about her reflections on the Jonestown cult and the parallels she sees in the blind loyalty that followers of President Trump exhibit on a daily basis.

“Whether it’s a religious or a political group, the same techniques are pervasive,” she says, ticking them off. Create a sense of doom, as in the suburbs will be overrun. Repeat falsehoods over and over to make them real, as in the election was rigged. Strip people of their independence. It took 39 days for Senate leader Mitch McConnell to say Joe Biden won the election. 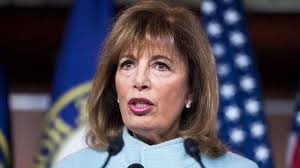 Speier didn’t arrive at her conclusions lightly. Two years ago, on a book tour to promote her memoir, Undaunted: Surviving Jonestown, Summoning Courage, and Fighting Back, she was stunned when people asked her to compare Trump to what happened at Jonestown. “I recoiled from the question. I wasn’t prepared to think this was a parallel. Now, four years into this nightmare of melodrama and manipulation, the parallels are pretty clear,” she says.

For Republican senators unwilling to acknowledge Biden won the election, it’s about self-preservation in a party dominated by Trump. Angering Trump can bring retribution in the form of a primary challenge.

It’s not that different from the Peoples Temple, where adherents feared they would be ostracized from the community if they challenged Jones. “Community had become their family,” says Speier. “And like the 70 percent of Republicans today who think the election was filled with fraud, those that had some sense of independence couldn’t express it. Once you get deep into something like this, even if you know it’s not right, you stay there, you’re transfixed.”

In the Peoples Temple investigation, Speier researched aspects of mind control, more colloquially known as brainwashing, where the human mind can be controlled by certain psychological techniques, “and the president in a twisted way was doing the same thing,” she says.

Jones said he was creating a utopia for his followers, a community of mixed race and mixed ethnicities, and he was well-connected to the political elite in San Francisco. He helped elect George Moscone, “the people’s mayor,” in 1975 and was rewarded with appointments to the Human Rights Commission and eventually to the Housing Commission.

But his strongarm tactics were coming under scrutiny. Senior citizens gave him their Social Security checks. Followers turned over their assets to him, creating pressure on others to do the same. “If you’re a true believer, you will show your allegiance, your faith, by providing your world possessions to the family,” Speier explains.

The ability of Trump to raise over $200 million since losing the election for dubious legal costs should raise alarm bells, says Speier. “He’s created a cult of personality—and as hard as it is for me to say, he exudes charisma and people want to follow him,” she says. “When you see the Proud Boys on the street knifing people and inciting violence, it’s a little chilling. This is a political cult. The other is a religious cult.”

Harold Goldstein is a clinical psychologist whose interest in cults began after the Jonestown massacre when he worked with the National Institutes of Mental Health to pull together luminaries in the field on the nature of cults. There are those that are considered benign—he cites fans of Judy Garland or The Rocky Horror Picture Show. And he offers this definition of a cult: “a group that has an unassailable devotion to a person, an object, or an ideology... You can see that the key word is unassailable,” he adds. “The devotion is not altered by fact or evidence.”

For a cult leader, whether it is Jim Jones or Donald Trump, power depends on controlling the information. Jones had people living together in an isolated environment. Trump has shown that in the age of social media platforms and right-wing media outlets, he can control their flow of information. “The whole idea of fake news is that the only information that is true comes from the cult leader,” says Goldstein.

“Alternate facts,” the phrase first introduced by Kellyanne Conway, “is a sophisticated way of saying I adhere to whatever he says, and I explain away whatever doesn’t fit,” says Goldstein. Something that conflicts is dismissed out of hand. “The evidence is irrelevant, it doesn’t matter what the evidence shows,” he says.

Dozens of lawsuits rejected and two dismissals by the U.S. Supreme Court haven’t dissuaded Trump’s followers who believe he won the election and Democrats are stealing it from him. “When you’re a member of a cult, your knowledge of what goes on is very low,” says Goldstein. “As members move up in the group and learn more about what’s going on, they get disillusioned.” That’s what happened in Jonestown—people were getting disillusioned and they wanted to go home. Other cult members turned on them, carrying out the killings at the airport.

To maintain his grip on his base, Trump has to continually reinforce the belief that “only I can fix it,” and that the consequence of not adhering to the truth as he presents it will result in disaster, i.e. the suburbs will be destroyed. “When he throws out red meat, he knows exactly what he’s doing. When he’s having these rallies, he’s keeping his followers connected. It’s called group adherence. It serves the purpose of keeping people aligned with him.”

Speier says it is “very important” that Senate Leader Mitch McConnell finally acknowledged a day after the Electoral College voted that Joe Biden is the president-elect. “People do want to follow their leaders. They do want to have faith in their leaders,” she says, adding that it is “terrible” it took 39 days for the leader of a major political party to find the political will to say what had long been obvious.