A Second Coup Usually Comes After The First Is Unsuccessful: Lincoln Project’s Steve Schmidt Warns Of ‘A Dangerous Hour’ 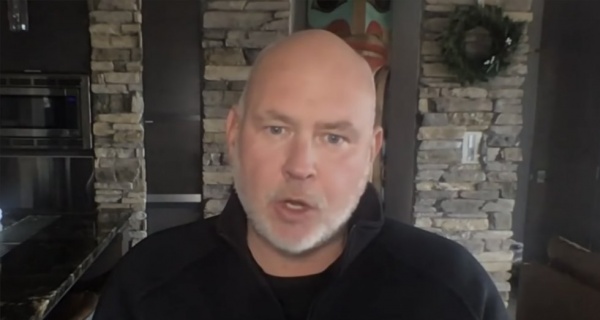 Speaking to MSNBC’s Joy Ann Reid on Tuesday, ex-Republican and Lincoln Project co-founder Steve Schmidt warned that there is only one of the two main parties left in the United States that supports democracy, and that’s the Democrats.

Reid asked Schmidt if this anti-government sentiment is one of the main reasons he left the GOP, and he agreed, saying it’s a reason he became a Democrat.

He also noted that what happened with the right-wing, neo-Nazi, and white supremacists in Washington, D.C. over the weekend was “fascist, political, right-wing extremist violence.”

“We have seen in this country our cities burn,” he continued. “We have seen the rage that rises up from injustice and people who feel they have nothing burning down the property of people that they feel have something. It’s not right. I don’t approve of it. This was a different type of violence than that type of violence this weekend. This was an assertion of right-wing political violence by the president of the United States. We saw that in 1930s in Germany. We would have recognized it if they had black and brown uniforms. We’re at a dangerous hour in this country. Here’s a coalition that now exists that didn’t exist in the past. It’s a pro-democracy coalition, and it has people on the left in the center, some on the right, who believe still the people in the country are sovereign. We’re a nation of people by the people for the people. The people decide who our leaders are. The leaders don’t decide how long they get to serve. We decide. So, we now have a fundamental question in the country that will play out over many years ahead, and I’m very worried about it.”

He went on to say that one of his fears is that the pro-democracy side of the political debate can no longer afford to lose a presidential election again because there may not be an election after that.

“This played out as a farce, mostly over the month of November,” he closed. “Except for the actual poisoning. It was a joke in a lot of ways, but it was a coup. It was a failed coup. The way you get to a second coup in most countries is by having your first unsuccessful one. It’s shameful conduct, dangerous conduct, and the country is in a dangerous hour. Unlike one we have been in before, because of the seditious activity.”

Watch his frightening warning below: