Georgia Secretary Of State Says Lindsey Graham And Other Republicans Have Pressured Him To Toss Legal Ballots: Report 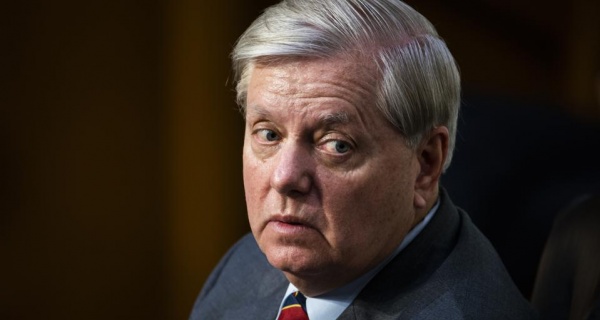 In an interview with the Post, Raffensperger, a Republican, said he has been under increasing pressure by fellow Republicans to find ways to invalidate votes in Georgia, where Joe Biden beat President Donald Trump by a narrow margin. Issues have included matching signatures on absentee ballots and voting machines made by Dominion Voting Systems, which have both been the subject of baseless accusations.

Raffensperger expressed frustration over the situation, saying there has been no credible evidence of significant voter fraud in Georgia. He added that he and his wife have received death threats since the election. “Other than getting you angry, it’s also very disillusioning, particularly when it comes from people on my side of the aisle,” he told the Post.

He told the Post he spoke with Graham, the South Carolina Republican, on Friday, and was asked if he has the authority to throw out all mail-in ballots from counties that had higher rates of non-matching signatures.

Raffensperger does not have that authority, and told the Post he was stunned that Graham would suggest that legally filed ballots be rejected.

When contacted by the Post on Monday, Graham denied asking for legal ballots to be excluded. “If he feels threatened by that conversation, he’s got a problem,” Graham told the Post.

Raffensperger also called out Georgia Rep. Doug Collins, who is leading Trump’s recount efforts in the state and has called Raffensperger “incompetent,” as a “liar” and a “charlatan.”

“We look at numbers. We look at hard data,” Raffensperger told the Post. “I can’t help it that a failed candidate like Collins is running around lying to everyone.”

In a separate interview with CNN on Monday night, Raffensperger said his office will do what is right. “We’re going to follow the process, follow the law, and the results will be what they are,” he told CNN’s Wolf Blitzer. “I’m probably going to be disappointed, because I was rooting for the Republicans to win, obviously. But I have a process, I have a law that I follow. Integrity in this office matters.”

Georgia is conducting a hand recount, which is expected to be finished by Friday, the deadline for certifying the state’s results.

Lawsuits filed by the Trump campaign were dropped Monday in Georgia and three other states. They were longshots to begin with, and the suits even admitted there was no proof of voter fraud. Trump has refused to concede the election, and the Trump campaign has filed more than 20 election-related lawsuits around the country, with all but one being rejected or withdrawn.